The French company Wiko takes a fresh start this year by rebranding their logo as the company prepares to enter the North American market.

Wiko took to the stage of MWC 2019 and announced their fresh lineup of smartphones – the View 3 Pro and View 3.

Both smartphones fit into the mid-segment category with interesting specifications, battery and price that promises to leave the competition behind. 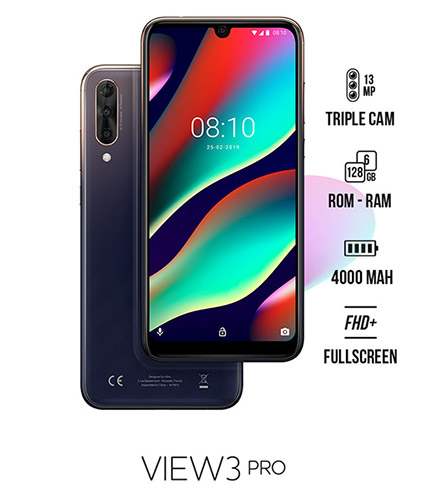 The turbocharged version of View3 brings some hardware enhancements, with 6.3 “Full HD + screen, MediaTek Helio P60 octa-core processor and variants with 4/64 GB or 6/128 GB of memory (also expandable up to 256GB via microSD ).

The rear on this model features a mirrored finish and includes triple camera setup of 12 + 13 + 5 MP. Although it does provide fingerprint reader, this model also supports face recognition with its 16 MP front-facing camera (which features Big Pixel technology, which delivers 4 pixels in 1).

In addition this model also has a 4000 mAh battery and brings NFC connectivity and USB type C port.

The smartphone comes in two color options – Nightfall and Ocean – the latter comes with effect that illuminates the smartphone in the dark. 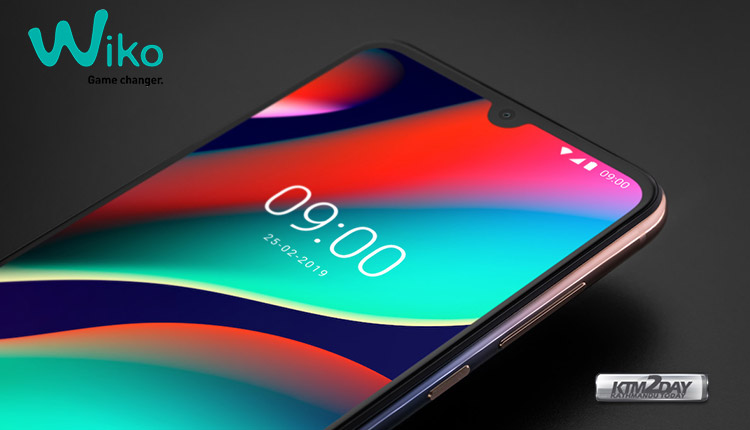 The View 3 features a shiny glass back cover, and comes with the latest Android (Pie) version pre-installed .

Its 6.26 “screen has a HD + display with notch, in the processor section we have an octa-core chipset  from MediaTek Helio P22; speaking of memory the model has 3 GB of RAM and 64GB of internal memory, which can be expanded up to 256GB via microSD card.

At the rear panel the device comes with a design which is very reminiscent of the design used on the iPhone XS. Additionally, there’s a fingerprint sensor and a 12 + 13 + 2MP triple camera setup(with Sony’s IMX486 sensor and 1.25um pixels for the 12MP camera) .

The model has a selfie-camera of 8 MP, and is integrated with Google Lens, as well as compatible with facial unlocking – the simplest version without infrared features for reading in darker environments.

In terms of availability of colors, we have for the View 3 the following options : Night Blue, Blush Gold and Electro Bleen – the latter with an interesting effect, which illuminates the smartphone in the dark. 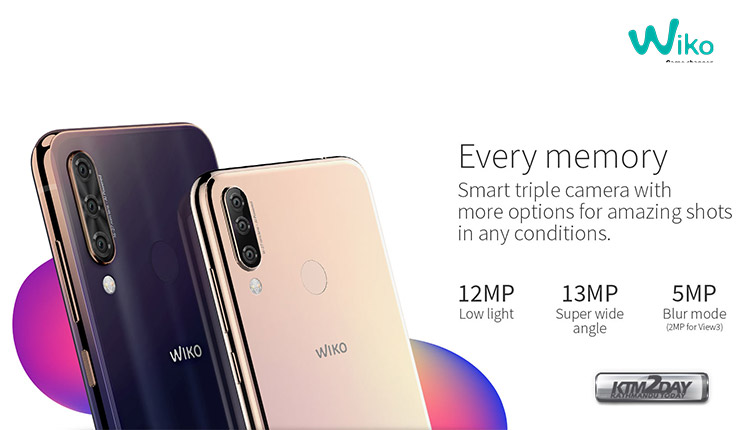 The company took advantage of the event to announce its arrival in the US market, opening a branch in Dallas and another in Atlanta, where the company will work in partnership with the mobile operator Sprint to market the products and services.

Wiko also announced a series of accessories for the newly released models including the Smart Folio cover with interactive area that allows you to operate the device without the need to expose the screen as well as the ultrafine transparent cover and the tempered glass screen protector.