All of Intel’s 12th-generation ‘Alder Lake’ laptop CPUs have been introduced, and the 45W H-series for gaming and creator laptops will be available in February 2022, while the 28W P-series and 15W U-series will be ready later this year for mainstream thin-and-light devices. Intel’s hybrid architecture with heterogeneous cores is now available in laptops. According to the company, the Core i9-12900HK is the “world’s best mobile gaming platform” and the “fastest mobile processor ever produced.”

The new Core i9-12900HK CPU introduced at CES 2022 has six performance (P-cores) with Hyper-Threading and eight efficiency (E-cores) cores, resulting in a total of 20 threads. The maximum Turbo frequencies for each set of cores are 5GHz and 2.5GHz. The L3 cache is 24MB in size, and the maximum power consumption is 115W, with a 45W base rating. 96 execution units are included into the integrated Intel GPU. In comparison to the Core i9-11980HK, Intel promises a performance boost of up to 28% in games.

New P-series tiers of 45W to 64W will be targeted at consumer thin-and-light laptops. It will be available in six different configurations, ranging from the new Core i7-1280P up to the Core i3-1220P, which will have six or four P-cores, eight E-cores, and 64 to 96 EUs of integrated graphics. Core i7, Core i5, Core i3, Pentium Gold, and Celeron are among the U-series processors, which operate at 9W to 29W or 15W to 55W. As a result, these versions will be aimed at devices with ultra-portable form factors such as foldable or fanless computers running Windows or Chrome OS with either one or two P-cores and either four or eight E-cores.

This generation employs the ‘Golden Cove’ architecture for P-cores and ‘Gracemont architecture for E-cores, respectively. Using the Intel 7 (10nm) technology, microchips are created in large quantities. Workload optimization for heterogeneous core types can be achieved using Thread Director, a new scheduler designed by Intel that works with Windows 11.

DDR5 RAM at up to 4800 MT/s or LPDDR5 with select SKUs, AI acceleration, AV1 media decoding, Wi-Fi 6e, USB 3.2 Gen2x2, and Thunderbolt 4 are all supported on the platform level.

At 65W and 35W TDP, Intel has revealed a total of 22 new non-overclockable 12th Generation socketed desktop CPUs, including the Core i9, Pentium and Celeron tier variants. Redesigned Intel Laminar coolers with RGB LED lighting effects will be included in the 65W variants.

It is expected that key manufacturers such as Asus would release new motherboards based on the Intel H670, B660, and H610 platform controller controllers to accompany these new processors.

Third-generation specifications have been added to the Intel Evo laptop design certification, the public moniker for Intel’s Project Athena effort. Foldable displays will be included for the first time. Over 100 new designs based on 12th Gen Core CPUs are expected to be released by laptop manufacturers, according to Intel. In addition, models with more powerful H-series processors will be made available. Display quality, battery life, weight, connectivity, and charging speed are all guaranteed by the Intel Evo logo. Bluetooth and Thunderbolt accessories can now be certified as “Engineered for Intel Evo” thanks to a brand new program. 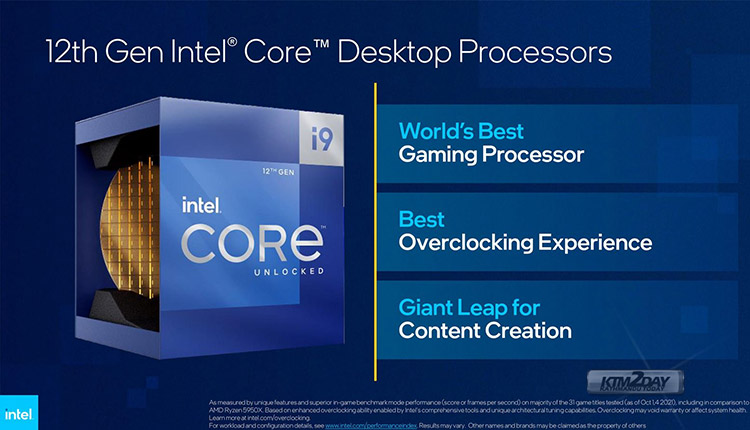 It is now possible for large businesses to remotely manage and secure large-scale PC deployments through the Intel vPro platform, which is getting new Enterprise and Essentials tiers. A set of Project Athena targets for design and performance will be applied to desktop PCs with vPro-enabled CPUs in order to improve workspace security, privacy, and sustainability.