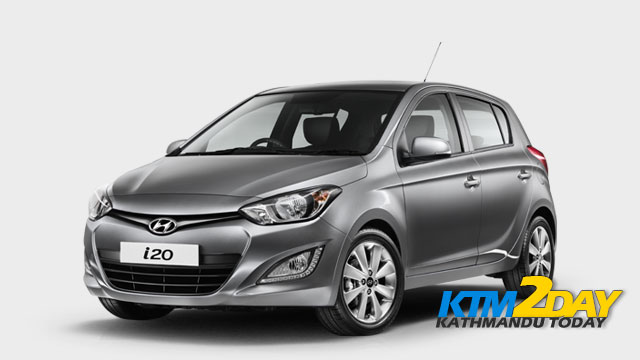 KATHMANDU: Colors has launched the X80 smartphone, featuring a 5-inch FWVGA screen with OGS technology. It has 4 GB ROM ,512 MB RAM with 1 GHz dual core processor and runs Android 4.2.2 Jelly bean operating system. It boats a 5MP rear and 1.3MP front facing cameras. It supports 3G and 2G dual SIM. It has 1800 mAh battery. The company provides a free leather case on purchase of the handset. The phone comes with a one-year warranty on battery and six-month warranty on charger. (PR)
Hyundai scheme winners named

KATHMANDU: Magic Footwear has opened its ninth showroom in Kushma, Parbat. At the outlet named Smriti Enterprises, customers can get more than 100 designs and colours of footwear, priced between Rs 100 and Rs 6,000. The company has been selling footwear through its various outlets and franchise showrooms in various cities such as Biratnagar, Dharan, Butwal, Pokhara and Kathmandu. The company plans to extend its outlets to the cities like Damak, and Birtamod, Birgunj, Janakpur, and Narayanghat and Beni soon. (PR)