An unknown Oppo smartphone with a model number CPH1931 was discovered yesterday in the database of the Bluetooth SIG organization which is certifying new mobile devices.

Interestingly, the model number CPH1831 belongs to the Oppo R15 Pro smartphone, which is known as the Oppo R15 Dream Mirror Edition in China. However, Oppo officially buried the R series, so this is a smartphone from a different line.

OPPO’s new device CPH1931, which has been certified by the Bluetooth SIG organization, not only publishes information on Bluetooth authentication, but also provides some specifications and parameter information. Among them, the processor installed on the machine is SM6125, which is the Snapdragon 665 processor that Xiaomi CC9e launched not long ago, so it should be a low-end product.

Not only that, this OPPO new machine is also equipped with a 6.5-inch display, although the overall screen shape is still unclear, but the supported HD+ resolution is still at the same level as the Xiaomi CC9e, as to whether it is an AMOLED display is not unknown. 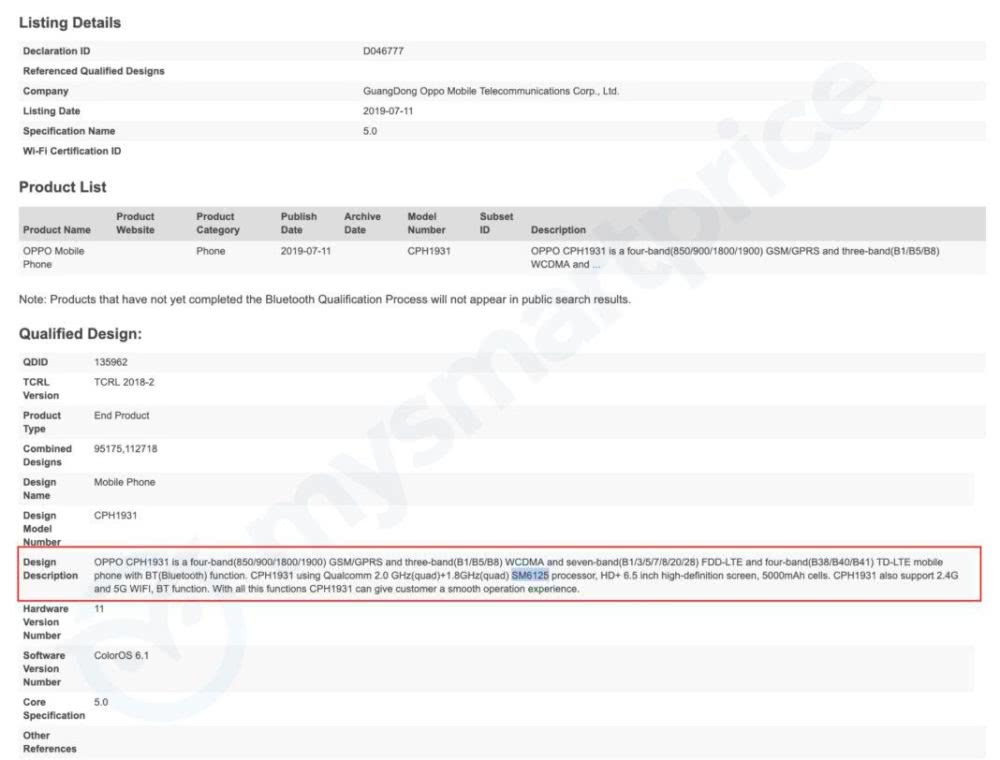 It will come with a fingerprint unlocking technology under the screen. In addition, this new device has a big selling point as it has a battery capacity of 5000 mAh. Other details about the camera configuration is still scarce at the moment, but Oppo’s expertise on the selfie department will undoubtedly pose a huge threat to Xiaomi CC9e.

The CPH1931 could be launched as a new smartphone belonging to the upcoming A-Series in the global market.