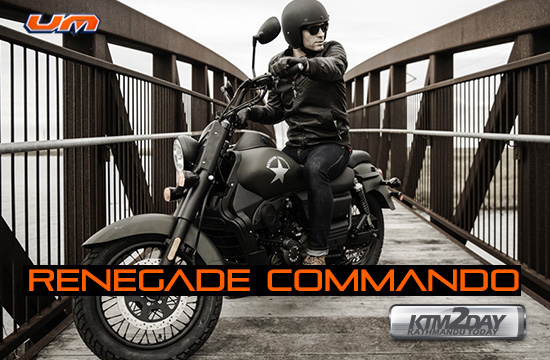 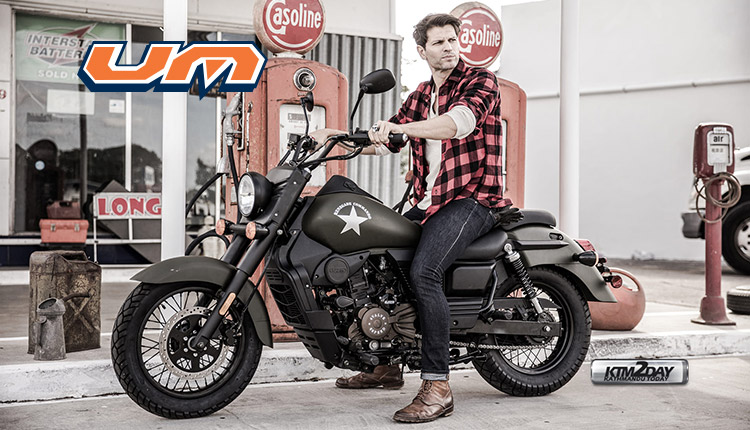 UM-Motorcycles (United Motors) is an American motorcycle manufacturer headquartered in Miami. UM was formed in the early 2000s by Octavio Villegas Llano. The company has a distribution network in 25 nations with 1200 outlets.

UM Motors entered the Indian market with a 50:50 joint venture with Lohia Auto . It has invested 100 crores in a plant at Kashipur, Uttarakhand capable of producing 5000 units a month, and is headquartered in New Delhi. The brand retails in India under the UM Lohia brand name and started operations in 2016. The company has rolled out two 280 cc cruiser motorcycles in India – Renegade Commando and Renegade Sport S.

UM Global Bikes are marketed in Nepal by IME Group which was established in the year 2001, is one of the leading business groups of Nepal .