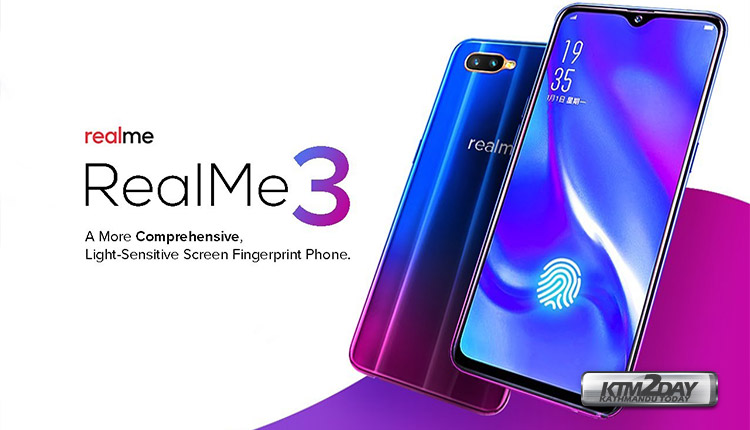 RealMe the number one emerging brand in the Indian market currently has 5 models under its portfolio and to keep up its pace up in  the new year , the company has now planned to launch its next handset RealMe 3 within the first quarter of 2019.

Realme India CEO Madhav Sheth said the Realme 3 will come with a 48 MP camera phone and the company is trying to differentiate the experience from the original Realme 2.The executive didn’t reveal the price and specifications of the new flagship.

The RealMe 3 model could make the competition tougher for the Redmi Note 7 that recently launched in China with a 48-megapixel camera sensor. Companies such as Motorola and Huawei are also preparing to please shutterbugs with their 48-megapixel camera phones.

It is unclear whether the 48-megapixel camera phone would be a part of the Realme 3 series, just as how the company brought the Realme 2 and Realme 2 Pro as the two distinct models under one range in the past.

Realme joins the likes of Xiaomi and Honor in selling high-quality smartphones with a low price. The brand has so far launched five smartphones in the market – Realme 1, Realme 2, Realme 2 Pro, Realme C1 and Realme U1. The Realme C1 costs INR 7,499 and features a notched screen, Snapdragon 450 processor and a 4230mAh battery.

With smartphone sales slowing down in China, Oppo last year announced Realme, as a sub-brand that focuses on budget smartphones within India. Realme was set up by Sky Li, a former VP of Oppo. Oppo, Vivo, OnePlus are the three major smartphone brands under BBK Electronics Corp, a major consumer tech company in China.