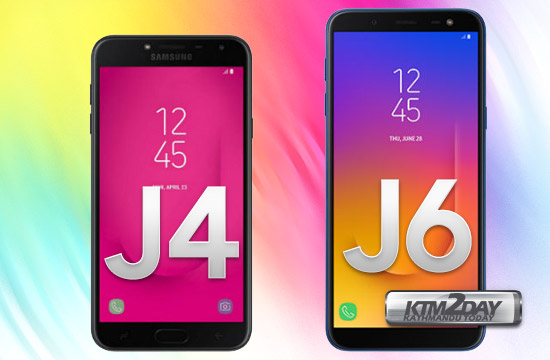 Samsung is planning to launch the Prime series of its Galaxy J4 and Galaxy J6 smartphones.

These phones will replace the previous J4 and J6 model and is likely to come with upgraded processors powered by Snapdragon, instead of Samsung’s own Exynos processors.

In terms of specifications,Samsung Galaxy J6 has a 5.6-inches HD+ Infinity Display display, Exynos 7870 octa-core processor, as well as 13MP and 8MP front camera with f/1.9 aperture on both. Both the front and rear camera have LED flash. The battery is a 3,000mAh one. It runs runs Android 8.0 Oreo. It features 3GB/4GB RAM coupled with 32GB and 64GB storage respectively. The expandable storage support on the phones is 256GB.

Samsung Galaxy J4 and Galaxy J6 come with Samsung Mall app that it relies on AI to show shopping results to users based on the pictures they click.

The product specification will be updated once the handsets are launched in the market.