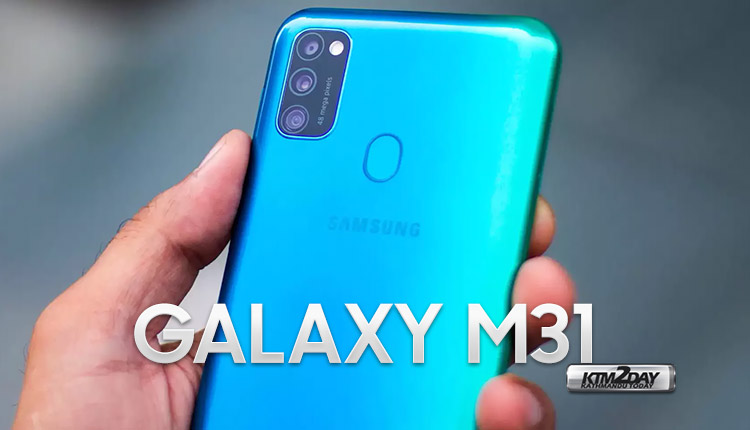 Samsung will be launching the Galaxy M31 during the early months of 2020. The mid-range smartphone passed the ‘Geekbench’ benchmark platform and its key specs were unveiled.

As already revealed, the Galaxy M31 is codenamed SM-M315F. As confirmed by passing the test platform, the device will be equipped with the Exynos 9611 processor.

This is a very interesting intermediate processor, and it has a base frequency of 1.74GHz. Supporting you in this test are 6GB of RAM, and you will already have Android 10. 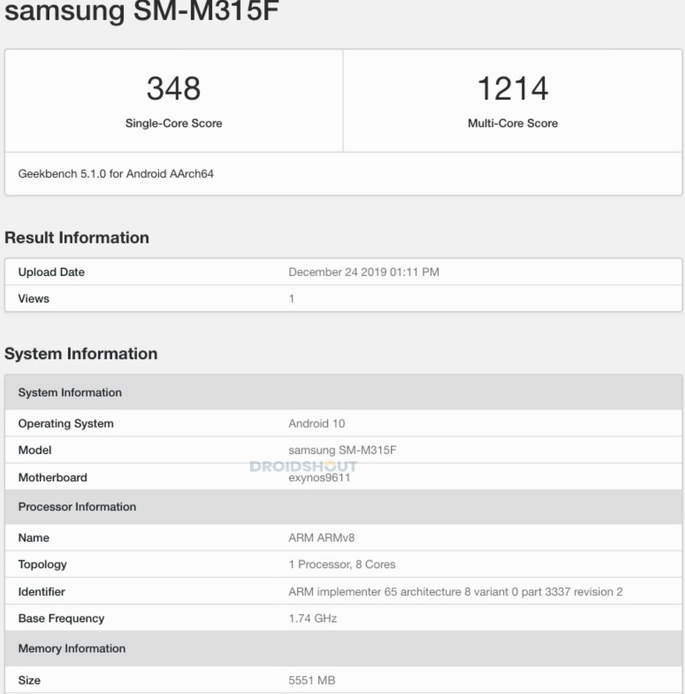 The Galaxy M31 is listed to pack 2GB RAM as well, but more RAM options should be available at launch. The phone scores 348 in single-core results, and 1,214 in multi-core results. 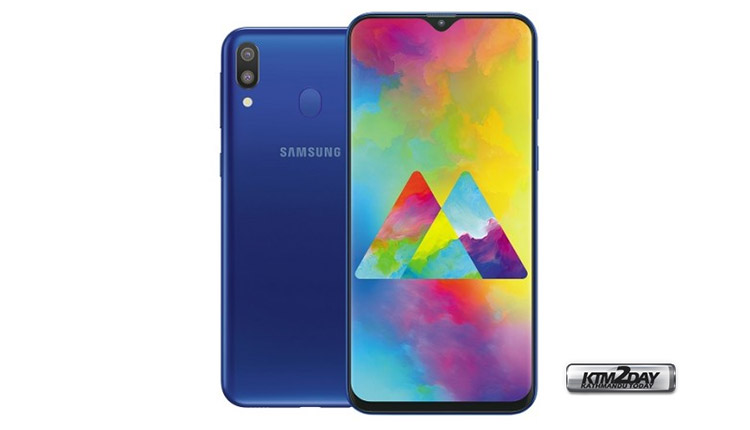 Samsung Galaxy M31 is reported to be in early stages of development, and is largely tipped to launch next year. It is expected to double its internal storage to 64GB. The phone is earlier reported to be powered by the Snapdragon 665 SoC, paired with 6GB RAM, so we’re unsure as to which processor and RAM options will finally be integrated. Past reports suggest that the Samsung Galaxy M31 will also sport a triple rear camera setup but it will include a 48-megapixel main shooter, a 12-megapixel wide-angle sensor, and a 5-megapixel depth sensor.

To recall, the Samsung Galaxy M30 was launched earlier this year with Exynos 7904 SoC, paired with at least 4GB of RAM, and a triple rear camera setup that includes a 13-megapixel primary sensor, 5-megapixel secondary sensor, and a 5-megapixel tertiary sensor.