Since the Toyota Corolla Cross Hybrid was unveiled in Thailand in July 2020, we’re confident that every regional Toyota office in the world has been keeping an eye on it.

As far as crossovers go, the Corolla Cross is a wonderful fit. It combines the world’s most popular car nameplate (the Corolla has been used in more than 150 countries and regions around the world) with the most current body style. In contrast, Toyota is taking its time bringing the Corolla Cross to market around the globe.

After Thailand became the first country to acquire the Toyota Corolla Cross in 2020, the U.S. debut was announced about a year later, in June of 2021. Here’s what we know so far about the upcoming electric crossover for the Nepali market.

United Traders Syndicate Pvt. Ltd., the official distributor of Nepal for Toyota, is going to bring the Carolla cross hybrid to Nepal. A company source has informed that the company will bring a hybrid Corolla Cross to Nepal within a few days.

The Toyota Corolla Cross is powered by a 1798 cc petrol engine. The e-CVT transmission is standard equipment on the five-passenger Corolla Cross Hybrid 1.8L. With the addition of Central Locking and Power Door Locks, there is an increased level of security. As a midsize SUV, Toyota’s Corolla Cross is aimed squarely at the C-HR and RAV4. It has a more rugged appearance than the C-HR, but it has a softer crossover-like silhouette than the RAV4. An aggressive grille with two trapezoid protrusions greets you as you approach the front of the Corolla Cross. Additionally, it has a skid plate and curving headlamps that flow inwards to meet the radiator grille.

Corolla Cross has a robust, confident stance thanks to flared fenders, a convex door panel surface, and clearly defined curves on the sides. A sloped windscreen, wide combination lights, and a roof spoiler are all seen on the compact SUV’s rear end. The hybrid model is expected to include unique decals and wheels.

Features include nine airbags and a long list of safety aids, LED headlights and 17- or 18-inch alloy wheels, a sunroof and a 10-way power adjustable driver’s seat. Other features include a 7-inch multimedia interface, a powered tailgate and dual-zone climate control with Remote Connect on the 8-inch Audio Plus touchscreen infotainment. The hybrid Corolla will feature the same standard features as the gas-only model.

Corolla Cross will be built on Toyota’s TNGA-C platform, which currently serves as the basis for the Corolla and C-HR models. The C-HR and the Corolla Cross both have a wheelbase of 103.9 inches. With a length of 175.6 inches and width of 71.9 inches and height of 64.8 inches, it is a larger and more suitable SUV for families with little children. Three inches longer, one inch wider, and three inches taller than the Corolla platform-mate, the Corolla Cross.

The 1.8-liter four-cylinder engine (with e-CVT) that powers the Corolla Hybrid in terms of power and torque, delivers a maximum of 98 PS of power and 142 Nm of torque.

Since it’s Hybrid, the electric motor used has a capacity of 53 kW which produces a combined output of 122 PS. It has e-CVT gearbox. Toyota Corolla Cross Hybrid has a 6.5 amp nickel metal hydride battery.

Toyota’s new Corolla Cross Hybrid might be a huge step forward for the Japanese car company. When it comes to fuel efficiency, the two-door model comfortably outperforms the four-door model and attracts new consumers who want a higher seating position and greater ground clearance. 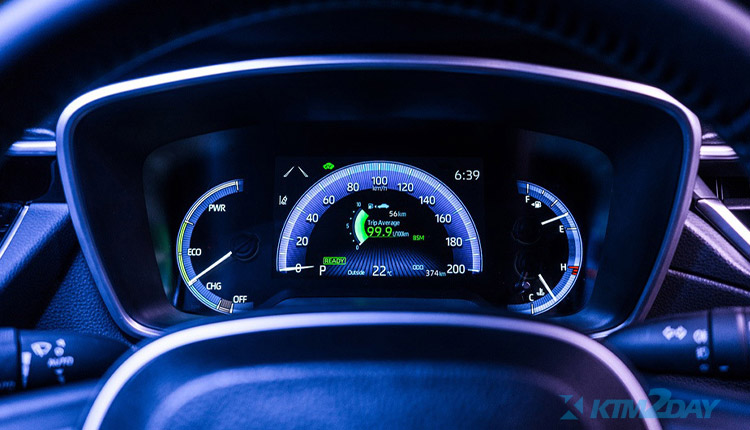 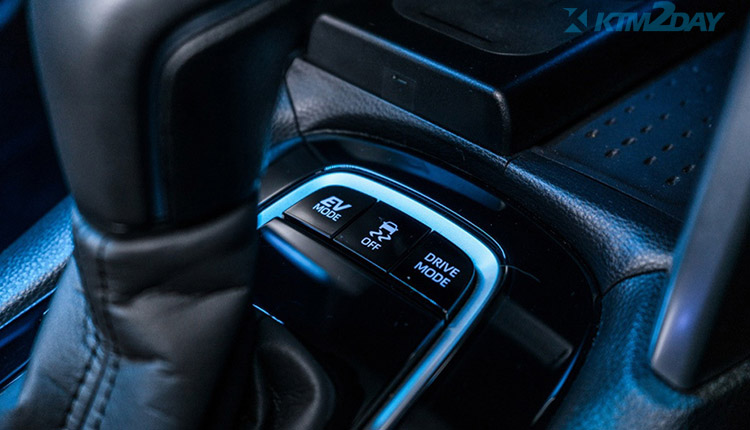