Xiaomi Redmi K30 Ultra in the works with Mediatek chipset 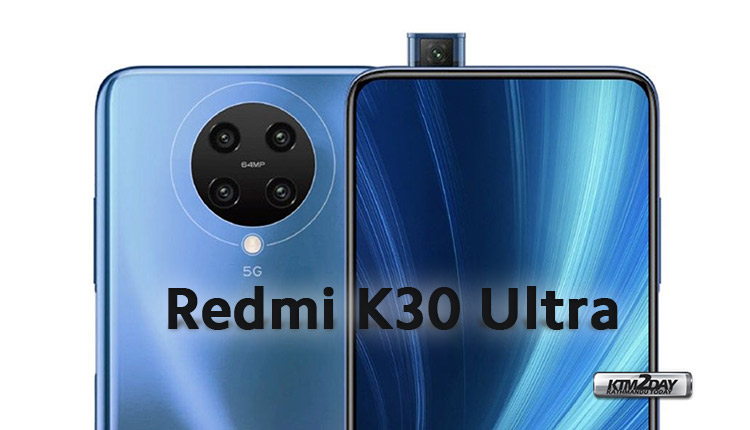 After launching the Redmi K20 and K20 Pro in 2019, Xiaomi has been working extensively on the K30 series. The company has launched six different models from this line and it seems one more is on the way.

According to new reports from XDA-Developers, a new model Redmi K30 Ultra is in the works and may be launched soon. A member of XDA found a reference in the code of MIUI 12 with a codename Cezanne which is thought to be of a Redmi K30 Ultra.

The discovery was made by a member of the XDA Developers mobile development community under the pseudonym kacskrz. The lines of code suggest that the device will feature quad setup cameras on the rear and the main sensor will be of 64 megapixel.

In addition, it will have a front pop-up camera and a Mediatek processor. It is important to point out that the company has so far used Qualcomm chips on its Redmi K-series models.

According to earlier leaks, the smartphone is expected to be equipped with Mediatek’s Dimensity 1000 (MT6889) chipset, and will feature a screen with a high frequency of 120 Hz or even 144 Hz along with a battery with a capacity of 4500 mAh with a fast charging 33 W.

Recently, another leakster Digital Chat Station also admitted that Xiaomi would be working on a new smartphone with the Dimensity 1000 processor.

These same specifications were associated with an alleged Redmi K40. But taking into account this reference in MIUI 12, the name Redmi K30 Ultra gains more strength at this point.

Since Xiaomi hasn’t yet provided any details about neither the Redmi K30 Ultra nor the Redmi K40, it is safe to consider the rumours with a healthy dose of scepticism.