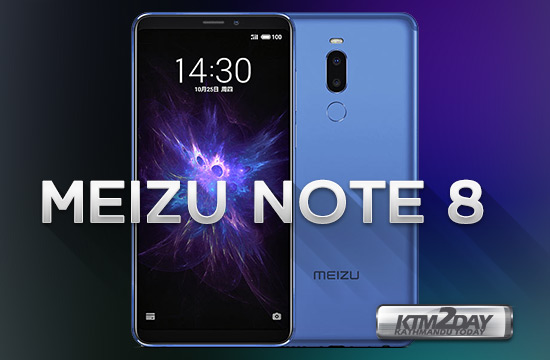 Meizu caught the public by surprise when it announced several weeks ago its Meizu 16 , the flagship smartphone of the company, which ran out of stock shortly after launch.

The company has now launched a new mid-range smartphone, Meizu Note 8 in China. The device is currently available for pre-order on the company’s official website, and will be made available starting November 1. Meizu Note 8 is priced at CNY 1,298 (approximately NRs 22,000). The phone has been launched in Dark Gray, Blue, Smoke Purple and Flame Red colour options. It is currently unknown if the company will launch this device in the global market or not.

Key features include the Qualcomm Snapdragon 632 processor, 6-inch full HD+ display and a dual camera setup on the back.

Meizu Note 8 sports a 6-inch full HD+ display with a resolution of 2160×1080 pixels with an aspect ratio of 18:9. It is powered by the Qualcomm Snapdragon 632 processor paired with Adreno 506 GPU. The device comes with 4GB of RAM along with 64GB internal storage expandable up to 128GB via a microSD card. It runs Google’s Android 8.1 Oreo operating system with the company’s own Flyme OS skin on top. All of this is backed by a 3,600mAh non-removable battery. 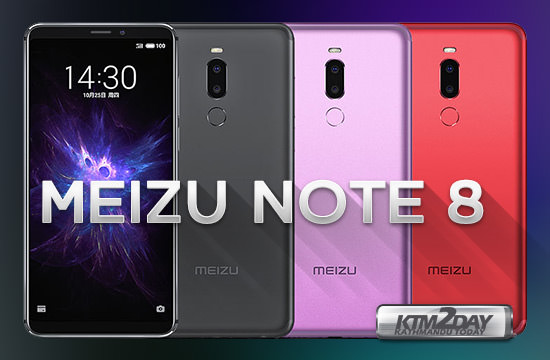 The Meizu Note 8 sports a dual camera set up on the back consisting of a 12MP primary sensor paired with a 5MP secondary sensor. On the front, the device features an 8MP sensor with an aperture of f/2.0 for taking selfies. Connectivity options include 4G, VoLTE, Wi-Fi 802.11 a/b/g/n, Bluetooth v4.2, GPS, A-GPS, GLONASS, BeiDou, 3.5mm audio jack and a micro-USB port for charging and data transfer.