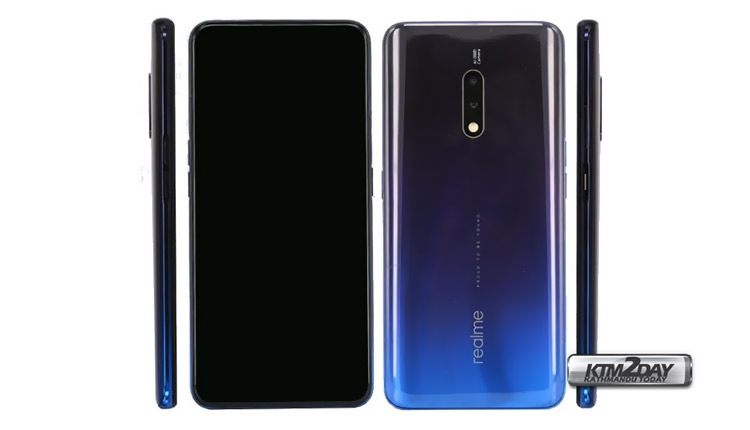 Realme, which managed in less than a year to enter the top five major players in the Indian smartphone market, is preparing another device, which apparently will become the flagship brand.

While it is known only about the catalog number of the device – RMX1901. Under what name the smartphone will eventually enter the market is unclear at this time.

It is also known that the smartphone will get a screen with a diagonal of 6.5 inches, a battery with a capacity of 3680 mAh and a pop-up module for the front selfie camera. At least in the photographs of the usual front camera is not visible.

There is also no fingerprint scanner in the photographs, that is, we should expect the in-display fingerprint sensor, which in turn, can only be positioned under the OLED panel. The dimensions of the smartphone will be 161.2 x 76 x 9.4 mm. Taking into account the pricing policy of Realme, it is safe to say that this smartphone will be quite affordable.