Recent rumors have pointed out that Realme is preparing to announce the GT Neo Gaming device, which is expected to rival Xiaomi’s Redmi K40 Gaming Edition aka Poco F3 GT.

The Realme GT family has been present in the global market and, soon, it should receive another member. That’s because the Chinese manufacturer is in the development phase of GT Neo Gaming , a new device to expand the brands gaming category portfolio. According to recent leaks, the device could be announced as early as the next few weeks and before that, the first official smartphone teaser was revealed through social networks .

Realme GT Neo Gaming has design and specs revealed
The person responsible for the leak exposed an image that reveals the device’s design, as well as confirming that the GT Neo Gaming will be sold throughout the global market. The highlight of the specifications is the presence of the Snapdragon 870 processor , the same found in the recently launched Edge 20 Pro from Motorola and the Redmi K40 from Xiaomi .

Another similarity to Xiaomi’s device is in the rear design, which, according to the teaser, uses RGB lighting around the camera module. Altogether, three sensors is expected to be positioned on the rear of the Realme GT Neo Gaming device, highlighting the main one with a resolution of 64MP and two LED flash units.

The leakster with the twitter handle @rudhranandu has provided further information on storage options and pricing. According to him, two memory configurations of the device will be available in 8GB + 128 GB at $499 and 12 GB + 256 GB option will be available at $599. 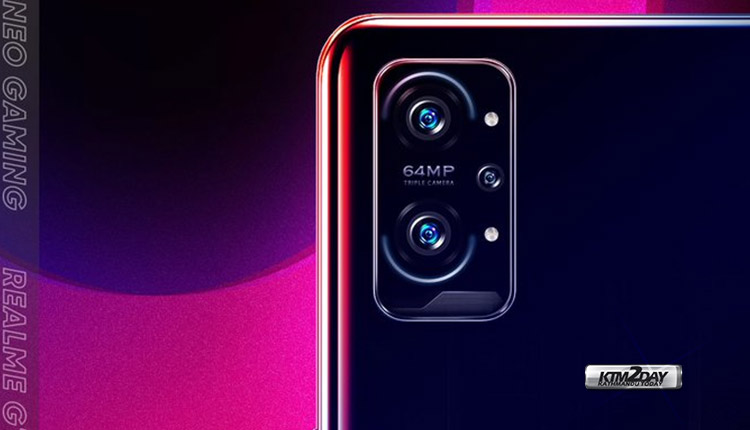 According to the TENAA database — which identifies the GT Neo Gaming by the reference code RMX3370 cites that it has a 6.62-inch AMOLED screen, Full HD+ resolution and hole punch for selfie camera with 16MP lens. In addition to the revealed processor, it will have 6GB or 8GB RAM options with 512GB of storage and 5,000 mAh battery with support for 65W fast charges.

Realme GT Neo Price in Nepal
Although the source has guaranteed that the GT Neo Gaming will be marketed globally at first, it should only appear in Indian retail. If the information is correct, the version with 6GB of RAM should cost US$499,and the one  with 8GB of RAM will cost $599.