Home » Mobile Phones » Samsung reduces prices of Galaxy A30, A20 and A10 in India

Samsung reduces prices of Galaxy A30, A20 and A10 in India 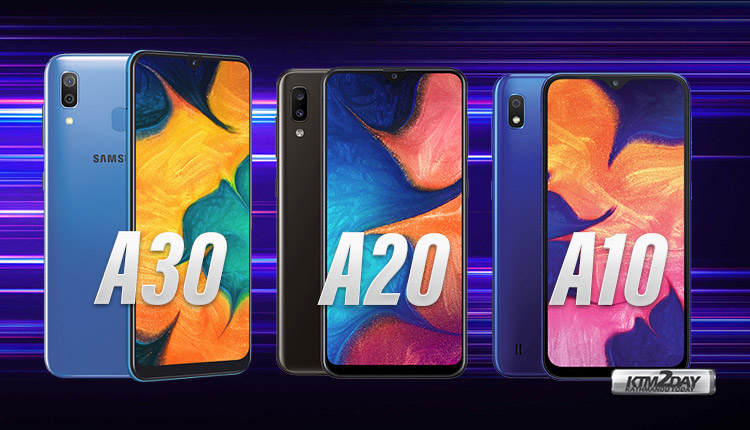 The latest price cut is offered in Galaxy A-Series of smartphones for the models Galaxy A10, Galaxy A20 and Galaxy A30. This is the first official price cut for all three smartphones.

The new price cut will be applicable on online as well as offline stores in India.

The new price correction has come after the real competitors of Samsung such as Realme and Redmi has launched their new models targeting the budget lineup.

Samsung has earlier launched the A-Series budget handsets on February and March while competitors Redmi and Realme soon followed after in the month of April.

Samsung in Nepal is yet to announce if these handsets will get a price cut in Nepali market anytime soon. The A-Series budget handsets competes head to head with the Realme and Redmi phones in the current context. Redmi has already launched the Redmi Note 7 and Redmi 7 which competes against the Galaxy A30 and Galaxy A20 respectively.

And brands like Realme in Nepal is still in dormant state selling the old Realme 2 Pro models and cannot provide new models in Nepali market .Due to lack of stiff competition in this segment local dealers are more relaxed and refrain from heating up the competition and increase their market share.