As expected, today the company MediaTek has introduced Helio G90 chipset, designed for use in gaming smartphones. However, it didn’t come out alone, but with a faster Helio G90T.

Both platforms are produced according to the norms of the technological process of 12 nm and have eight cores divided into two clusters. The first is represented by two ARM Cortex-A76, the second – by six Cortex-A55. GPU in both cases is – Arm Mali-G76 3EEMC4. 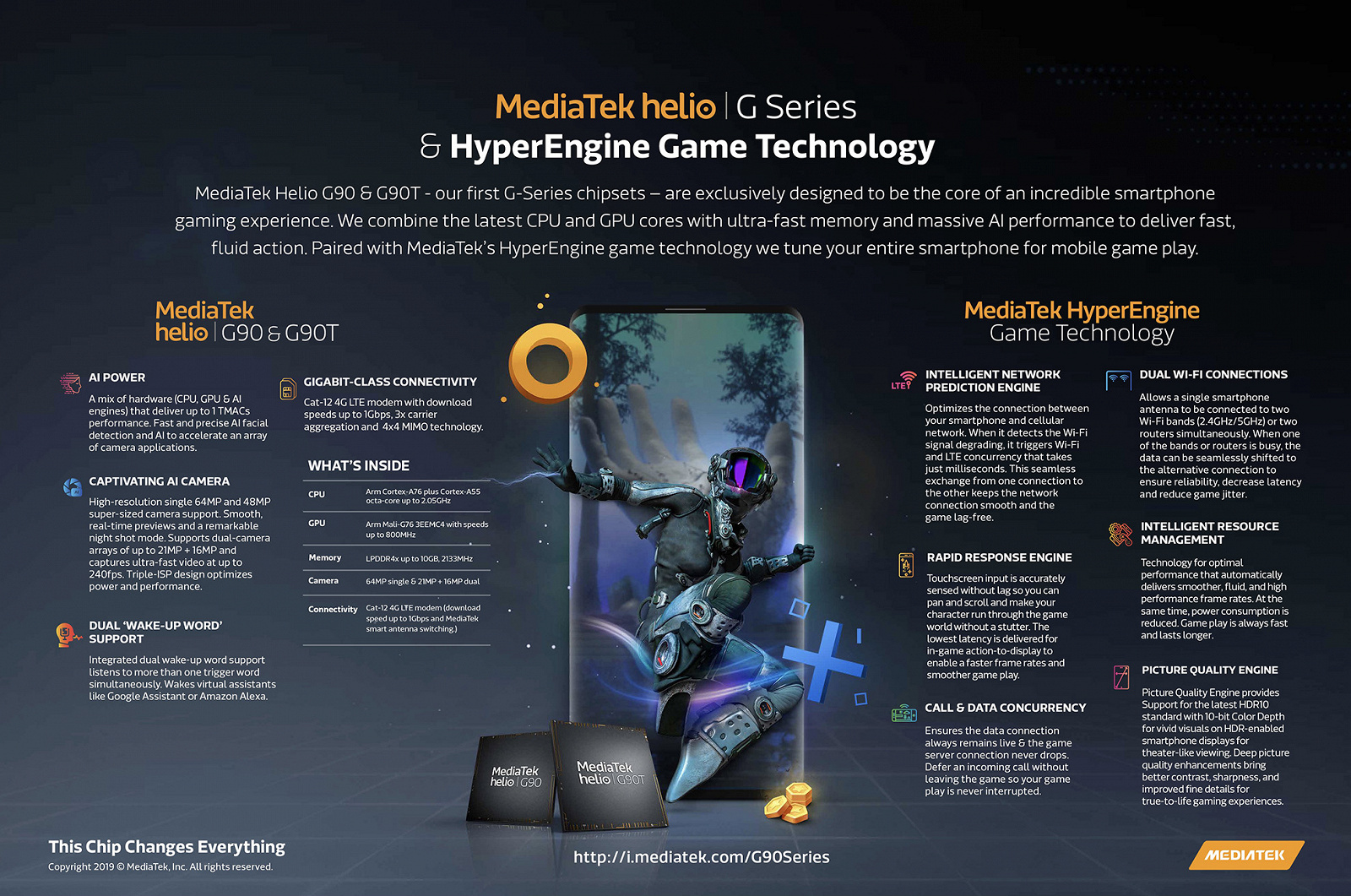 What is the difference between the Helio G90 and G90T?

As noted by T. Li Lee, general manager of MediaTek Wireless Communication, the new SoCs are a “powerful gaming center,” regardless of whether the user plays in Fortnite or PUBG.

New items also support up to 10 GB of LPDDR4X RAM, dual cameras with a resolution of 16 and 24 megapixels (or single with a 64 megapixel sensor), voice assistants Google Assistant and Alexa. Of course, there is an integrated LTE modem (Cat. 12) and a dual-band Wi-Fi adapter.

It was expected that the new SoC MediaTek will compete with Qualcomm Snapdragon 855 and 855 Plus, but judging by the test of some first smartphone based on the Helio G90 in AnTuTu, this will not happen.

The device scored a little more than 222,000 points (approximately at the level of Snapdragon 730), despite the fact that smartphones on the Snapdragon 855 Plus come close to the mark of 400,000 points.