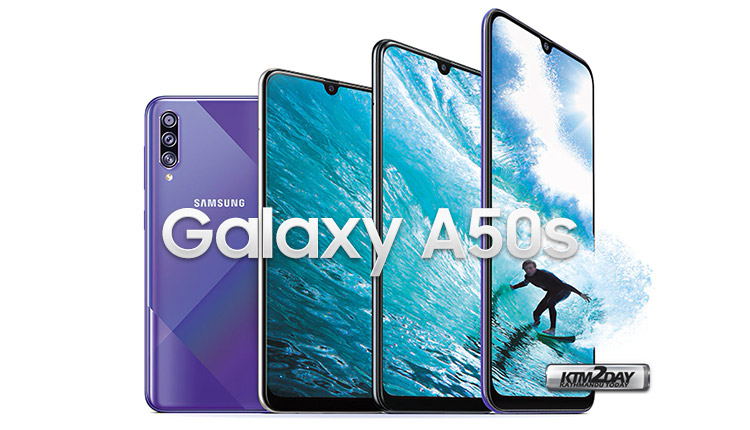 Samsung has refreshed the A series model with better features and launched its most popular Galaxy A50 in a new avatar with the launch of Galaxy A50s .

The device has been launched in Indian market recently along with second most popular handset from the A-Series i.e, Galaxy A30s. 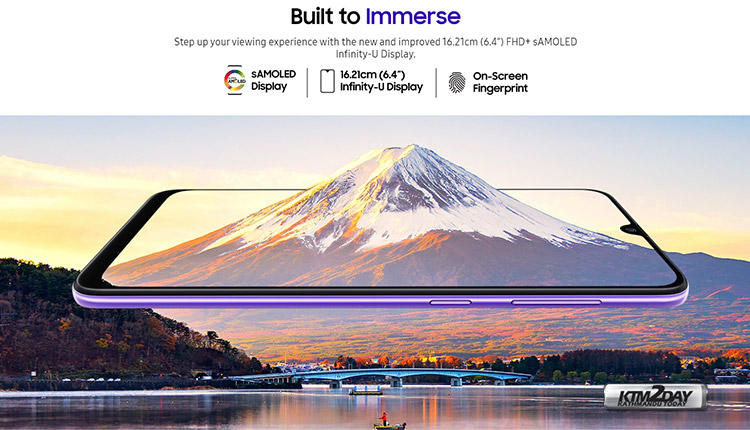 The phone also packs up to 6GB of RAM and 128GB of onboard storage with a microSD card slot (up to 512GB).

On the camera front, Samsung has included a triple rear camera setup with a 48-megapixel primary shooter with f/2.0 aperture. The other two rear cameras include an 8-megapixel ultra-wide-angle shooter and a 5-megapixel depth sensor.

There is a 32-megapixel selfie shooter on board as well with f/2.0 aperture. The company has also included Night Mode on the Galaxy A50s, making it the first A-series phone to get the feature.

On the rear panel Samsung has refreshed the look and feel with a prism backplane design . The device adopts a prismatic geometric pattern and is available in three colors of black, white, and purple. 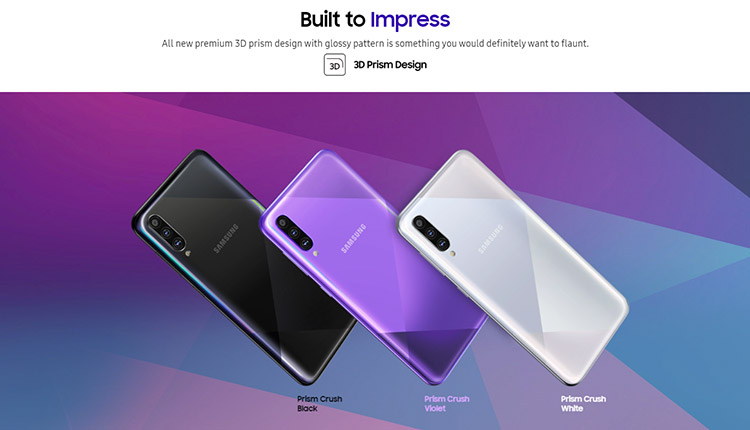 Among other specifications, the Samsung Galaxy A50s comes with a 4,000mAh with 15W fast charging support, NFC, and an in-display fingerprint sensor. 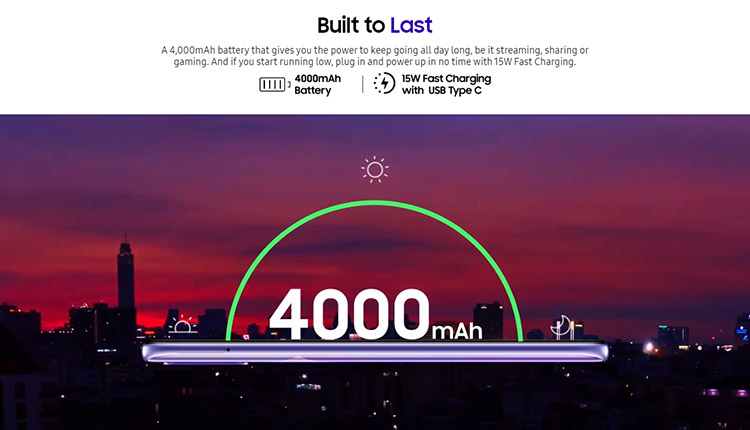 The dual-SIM (Nano) Samsung Galaxy A50s runs on Android 9 Pie with One UI on top. 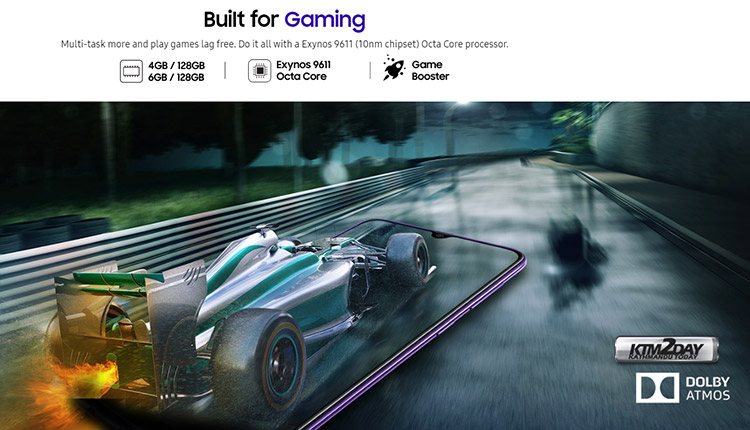 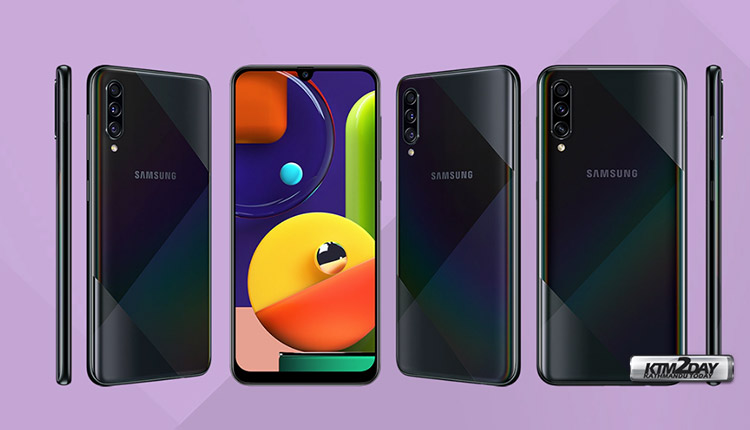 While in our Nepali market, Samsung has launched the Galaxy A50s at a price tag of NRs 33,599 for the 6GB RAM and 128 GB internal storage variant.