The Samsung Galaxy S20 is the smallest and the most basic of the lot of 3 models from the S20 series. Price wise it is the cheapest model with a price tag starting at $999.

The phone is powered by a 7nm octa-core processor and depending on your region and the model you pick, you’ll either get one with a Samsung Exynos 990 SoC or a Qualcomm Snapdragon 865 SoC .

The Galaxy S20 comes with either 8GB or 12GB (5G variant only) of LPDDR5 RAM and 128GB of storage, for the LTE version. The latter is expandable via microSD card (up to 1TB). 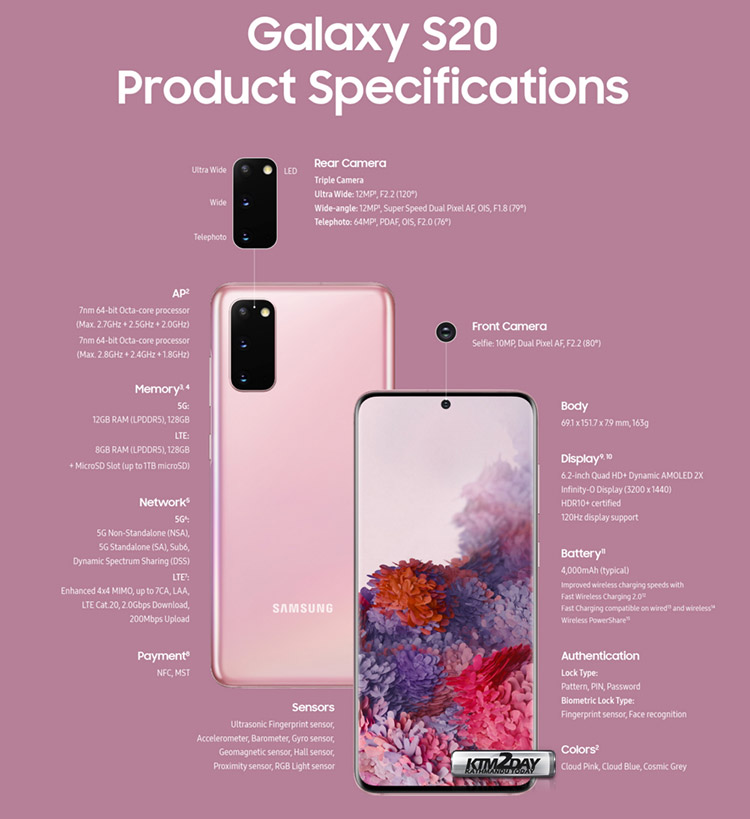 You also get an Ultrasonic in-display fingerprint sensor and face recognition for biometric authentication. The Galaxy S20 is IP68 certified for dust and water resistance. It supports 25W fast charging (charger included in the box), Fast Wireless Charging 2.0, and reverse wireless charging too for the 4,000mAh battery.

The cameras get a big upgrade. The Galaxy S20 features triple rear cameras, which includes 12-megapixel wide-angle sensor with an f/1.8 aperture, Super Speed Dual Pixel AF, and OIS; a 12-megapixel ultra-wide angle lens with an f/2.2 aperture; and a 64-megapixel telephoto camera with an f/2.0 aperture, PDAF and OIS. 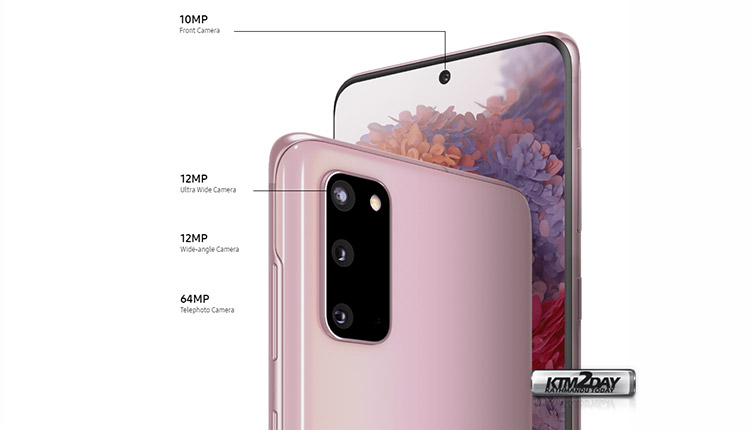 Some of the new camera features include a 3x hybrid optical zoom, Super Resolution Zoom up to 30x, and a new shooting mode called ‘Single Take,’ which captures a short video, along with a photo from all the sensors, for various perspectives. The selfie camera consists of a 10-megapixel sensor with an f/2.2 aperture.

Note : Samsung’s newest smartphones are not called the S11 and S11 Plus, but the company opts for a new naming scheme with these devices. This year we have the Samsung Galaxy S20, Galaxy S20 Plus and Galaxy S20 Ultra. The Galaxy S20 is the most affordable model and successor to the S10e.