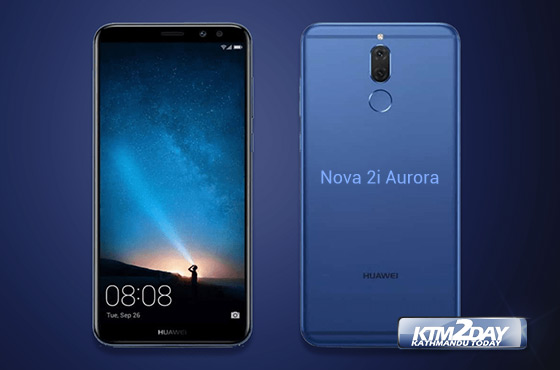 With the pace of smartphone evolution moving fast, there is always something new waiting to come out. No sooner have you laid your hands on the latest handset, you are brimming with anticipation for the next big gadget. 2017 was a year of bezel-less displays and dual cameras, and with the stage being set, 2018 promises to bring with it power-packed smartphones. Here is a little sneak peek of the smartphones that will launch in early 2018 in the Nepali market.

Another Chinese smartphone manufacturer took the Nepali market by storm when they launched Huawei Nova 2i, a smartphone with four cameras. Huawei Consumer Business Group plans to launch Huawei Nova 2i in Aurora Blue colour variant from January onwards. The HUAWEI nova 2i is the first device to feature brand new HUAWEI FullView display technology on 5.9-in screen. The HUAWEI nova 2i also features the company’s proprietary Huawei Histen audio system to deliver extraordinary sound experiences for immersive video and gaming experiences. It is priced at Rs 33,900.

A Chinese smartphone manufacturer, Gionee is one of the largest smartphone companies in China which has a significant presence in Nepal too. With its entry in Nepal only three year ago, Gionee has been rapidly gaining traction in the Nepali market and has been able to mark itself as one of the leading mobile brands in Nepal. 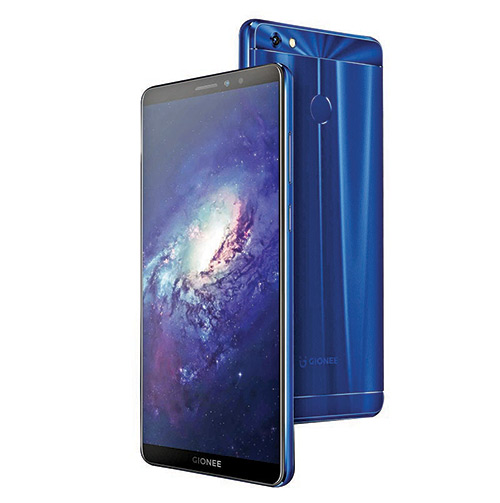 Aiming to become the market leader in 2018, the Chinese handset claims to offer stylish designs and great features at affordable price. Gionee’s camera-centric smartphones — S11 will come with four cameras and S11 lite with two rear cameras and one front camera. The S11 is priced around Rs 46,000 and S11 lite around Rs 25,000.

Joining the bandwagon of bezel-less devices, Gionee will be launching their M7 Power of their Marathon Series. The handset flaunts an edge-to-edge 6-in display with diamond-cut finish and has a massive 5,000mAh battery. This powerhouse is priced around Rs 30,000. Gionee’s F205 comes with 4G and bezel-less display and F205C comes with 4G and is priced around Rs 17,000 and Rs 10,000 respectively.

Despite tough competition amongst big players, Colors Mobile has been able to secure a remarkable position in the Nepali market by launching more than a dozen new mobiles within a year. Targeting all segments of consumers, the brand not only offers latest, cutting-edge technology smartphones but basic feature phones as well.

Niru Dhougoda, Assistant Marketing Manager of Colors Mobile said, “2017 was a great year for Colors Mobile, even with the big players in the market we successfully launched more than 15 smartphones.” She shared that as the market is very competitive, Colors aims to offer high-end mobiles on a budget. She adds, “With our target group being youths and tech enthusiasts, the brand aims to give consumers a competitive edge via affordability.” 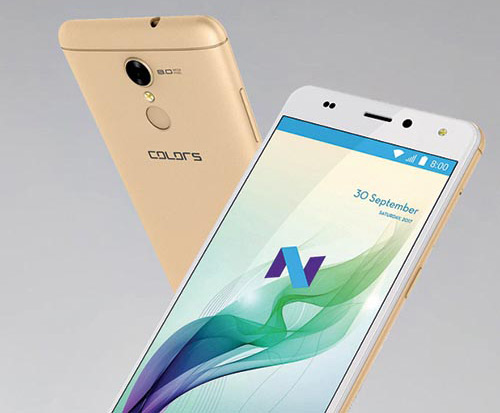 In 2018, Colors Mobile will be focussing on introducing their new S Series with the tagline ‘Style & Selfie’. “Our focus is to establish a name for S Series as a low budget smartphone with state-of-the-art style and impressive features,” said Dhougoda. The company will be launching two smartphones from the S Series — S9 and S11 — in January. Both the smartphones are priced under Rs 15,000.

The slim and sleek S9 comes in a metallic body with 5.2-in HD IPS display in White Gold and Matt Black colours. With plans to hit the market in the second week of January, the smartphone is powered by MT6737 processor clocked at 1.3GHz. The phone comes equipped with 2GB RAM and 16GB of internal storage, expandable upto 128GB via microSD card. It has a 13MP rear camera with auto focus and flashlight and an 8MP front camera with fixed focus. Connectivity options in the phone offer WiFi, GPS, Bluetooth, G Sensor, Proximity and Barometer to name a few, and also supports 4G. It has a decent 3,000mAh battery and is supported by Android 7.0 Nougat.

The company will be launching S11 on January 12 exclusively through Daraz. The S11’s major unique selling point is its 8MP dual front camera with 120 degree wide angle lens. The company claims that the two front cameras will work individually — one for normal selfies and the other for good selfies. The smartphone comes with 3GB RAM and 16GB of internal storage. The S11 also sports a metal body.