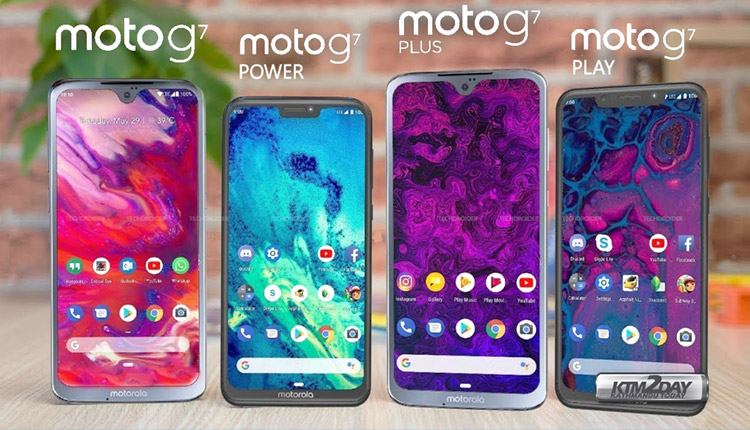 Lenovo exhibits the Motorola G7 family in Barcelona at MWC 2019. The budget-friendly Moto G7 is now available for pre-order which consists of four models in the lineup – Moto G7 Play, G7 Power, G7 and G7 Plus.

In terms of design, both G7 Play and G7 Power look almost similar, with wide iPhone-esque notches and single cameras on their back. They do have a rear fingerprint sensor as well. And despite that notch, the two will have sizable chins with the Motorola name at the bottom.

The Moto G7 and Moto G7 Plus also look similar in design but differs in terms of processor,memory and storage specs as G7 Plus is the most expensive device in this lot.

The Moto G7 is available from pre-order from Motorola website and Best Buy. 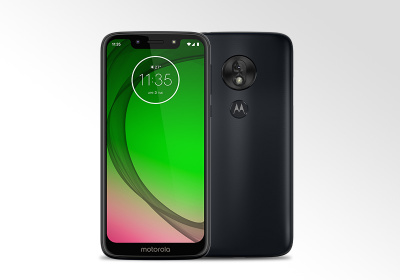 The Moto G7 Play has a lot in common with the standard Moto G7.

The phone is a smaller than the Moto G7, and while it retains an edge-to-edge design, it has a larger notch with a camera and a flash for lighting up those selfies. It does keep the chin with the Motorola logo. The display on the device comes in at 5.7 inches, with a resolution of 1512 x 720. Like the standard Moto G7, the G7 Play has a fingerprint sensor on the back.

Under the hood, the phone also boasts a relatively powerful Qualcomm Snapdragon 632 processor, but has 2GB of RAM instead of 4GB, and 32GB of storage — though there’s a MicroSD card slot to expand on that space. The battery, like on the standard Moto G7, comes in at 3,000mAh. 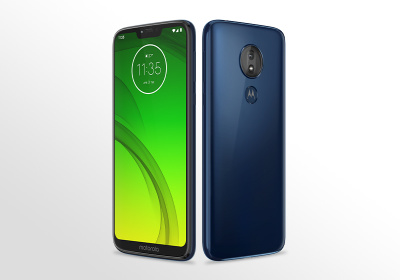 The phone has a design that’s quite similar to the Moto G7, but with a larger notch. It has the same 6.2-inch LCD display. The resolution is 1,520 x 720, so it’s not as sharp as the G7. Once again, there’s a fingerprint sensor on the back of the phone.

Like the other two Moto G7 phones, the Moto G7 Power has a Qualcomm Snapdragon 632 processor, though the device offers 3GB of RAM instead of 4GB. It also has 32GB of storage with a MicroSD card slot for expanding on that.

Perhaps the real reason to buy this phone, however, is the fact that it has a 5,000mAh battery, which Motorola claims should offer 60 hours of use.

The camera on the phone is a single-sensor camera that comes in at 12 megapixels with an aperture of f/2.0. On the front, there’s the same 8-megapixel camera that you’ll find on the other Moto G7 phones.The Moto G7 Power comes in at $250. 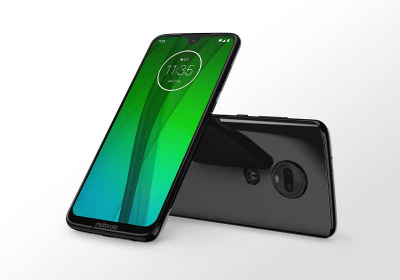 The flagship phone of the three is the Moto G7, the direct successor to last year’s Moto G6, and it’s clear Motorola has put a lot of work into modernizing it. The G7 offers an “edge-to-edge” look with a small teardrop notch for the front-facing camera on the front, as well as a small “chin” at the bottom where you’ll find a Motorola logo. There’s no fingerprint sensor at the bottom of the device — instead, it has been moved to the Gorilla Glass 3 back, in the Motorola “M” logo. The screen on the front comes in at 6.2 inches, with a 2,270 x 1,080 resolution.

Under the hood, the phone boasts a Qualcomm Snapdragon 632 processor, coupled with 4GB of RAM and 64GB of internal storage.The battery size is 3,000mAh, which should be enough to get most people through a full day.

The camera specifications with a dual-sensor on the back include that packs a 12-megapixel sensor and 5-megapixel depth sensor. On the front, the camera sits in at 8 megapixels. The Hyperlapse feature allows you to convert already-shot footage to a fast-motion hyperlapse video. The “Auto Smile Capture,” automatically takes a photo when the subject is smiling. And the High-res Zoom, which delivers better looking photos when you zoom in digitally. Other features include  Portrait Mode, Cinemagraph, and Spot Color.

The Moto G7 is the second most expensive in this family and is priced at $300. 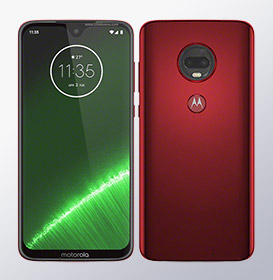 Motorola has made the Moto G7 Plus the camera powerhouse of the range and is only available outside the US. Almost identical to the G7 in design the G7 Plus comes with a 6.2-inch LCD display running a 2270 x 1080 Full HD+ resolution. The Plus is rocking the slightly more powerful Snapdragon 636 — and is the only phone in the range to not use the Snapdragon 632 — which should provide a small performance boost, even with the same amount of RAM as the Moto G7.

It comes with a dual camera setup on the rear with 16-megapixel lenses, and are backed up with optical image stabilization (OIS) that you won’t find in any of the other G7 phones. Undoubtedly, it excels in photography, with movement and lower lights not proving as much of a challenge as they might be for the other phones in the range. Additionally it comes with all the other features such as Hi-res Zoom, Hyperlapse photos, and Auto Smile Capture.