The G200 from Motorola is a mid-range phone that packs Qualcomm’s top-of-the-line processor with an ultra-high refresh rate display.

Motorola launched the Moto G200 with several new smartphones in the European market today. The chinese company launched six new models from its G series for every price segment. From the top of the line G200 to mid range phones such as G71, G51, G41, G31 and a new Moto G Power 2022 were announced.

As expected, a 144Hz refresh rate predicted for the alleged smartphone’s full-HD+ display has turned out to be true. Out of the 5 handsets launched today, the Moto G200 flaunts the latest Snapdragon 888+ chipset from Qualcomm.

Even though Qualcomm’s next-generation CPU is expected to be released shortly, this is still the company’s most powerful processor for smartphones at today’s date. Moto G200 is the most affordable phone with the Snapdragon 888+ processor that money can buy. It comes with 8GB of RAM and either 128GB or 256GB of storage space. Then, the results should be spectacular. It doesn’t stop there, though. In addition, the 144Hz display is the greatest refresh rate you’ll find on any phone, except from Red Magic’s gaming devices. The G200’s extra-smooth experience sets it apart from the competition, especially at this price point.

Cameras, if you’ll pardon the pun, are also a big focus. As we’ve seen from other phones, the 108Mp primary sensor doesn’t guarantee great images. It’s not yet clear how well the program will perform.

When it comes to the front, there’s a 16Mp selfie camera that appears as a punch hole in the middle of the display. 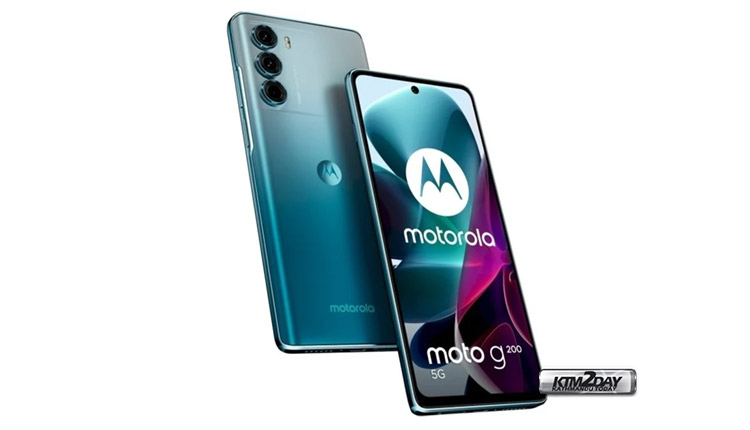 The Moto G200’s plastic back and frame are the only visible drawbacks. In addition, the fingerprint sensor is located on the side of the phone, rather than on the screen itself. Although it’s now running Android 11, it is expected to receive an upgrade to Android 12.

The G200 might be a serious threat to the competition in the mid-range smartphone market if these intriguing specs can be put into practice. There are still no confirmed release dates for the six new phones.

The Moto G200 phone is priced at € 450 in the european market where it will be available first. The converted price is roughly equal to NPR 60,500 in Nepal. There is no news about this product being available in Nepali market anytime soon.