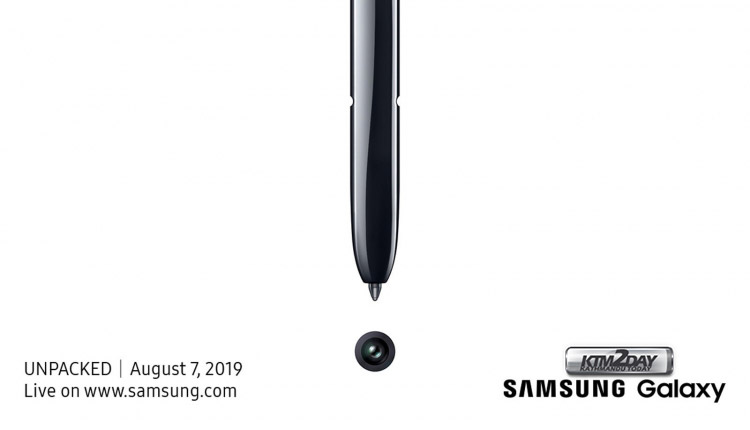 Samsung on Monday sent out invitations to media representatives with an offer to attend its second event this year, Unpacked, which will be held on August 7 at the Barclays Center in Brooklyn (New York, USA).

Recall that in June, the CNET resource announced Samsung plans to hold a Galaxy Note 10 presentation on the seventh of August at the Barclays Center arena, where the previous Galaxy Note 9 model was announced. Therefore, although the invitation did not indicate what exactly would happen at the Unpacked event on that day, no no doubt that we should wait for the presentation of the next generation Samsung Galaxy Note phablet.

Thanks to numerous leaks, you can already get an idea of ​​what the Galaxy Note 10 will be like. Note 10 is expected to retain a more rigorous design of the Note series, but it will inherit Galaxy S10 functions, including the front camera in a round hole in the screen, built-in fingerprint scanner in the display and, significantly, a wider selection of models.