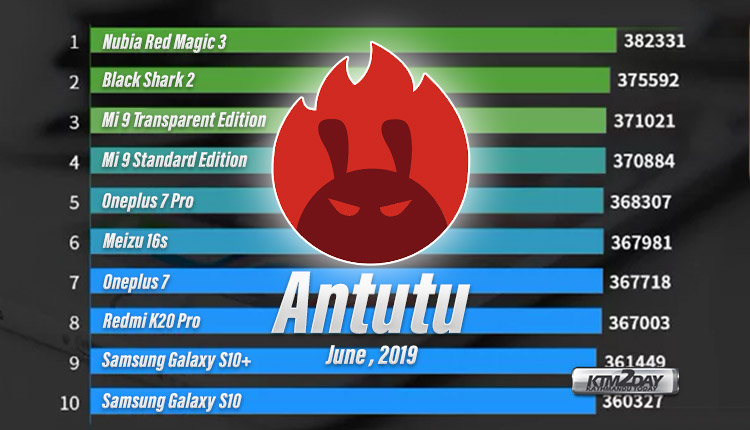 The company AnTuTu has published an updated rating of the most productive smartphones that are running the Android operating system. The rating was made on the basis of tests that were conducted from June 1 to 30 of this year.

First place went to the smartphone Nubia Red Magic 3 with a score of 382,331 points, Black Shark 2 settled on the second with 375,592 points, and the third went to Xiaomi Mi 9 Transparent Edition with 371,021 points. The standard version of Xiaomi Mi 9 has risen to fourth place gaining 370,884 points.

The recently launched Oneplus 7 Pro stood at the fifth position with 368,307 points.

The vanilla version OnePlus 7 claims the seventh position scoring with a total of 367,718 points.