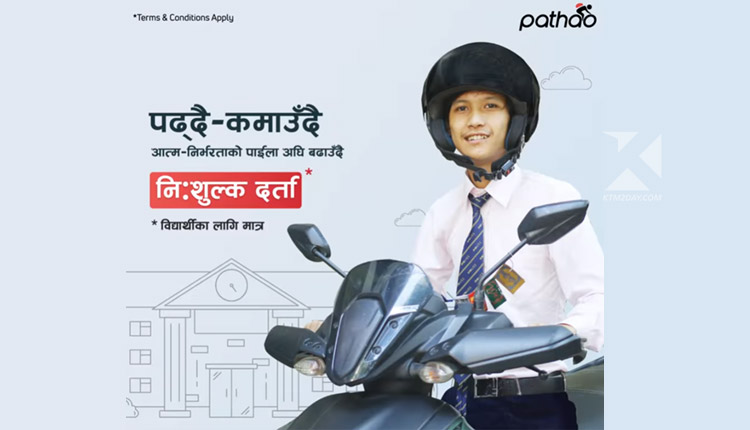 Pathao Ride Sharing App has brought a ‘Earning while Studying’ plan for students. Under the scheme, which started on June 20, students with two-wheelers and driver’s licenses will be able to become free Pathao riders.

“We have launched this scheme with the objective of making the students self-reliant by earning while studying. There will be no charge for students to become riders under this campaign.

Other individuals willing to become a Pathao rider has to pay Rs. 2500 as registration fee.

Students wishing to join the campaign will be able to register a two-wheeled vehicle with a blue book at the Pathao office with an identity card issued by their educational institution.

Froyo Nepal to expand its services outside Kathmandu valley soon