As usual, Samsung has already revealed its flagship devices S20 Series for this year and now the company is turning its focus back into strengthening its offerings for the mid-range segment.

One of the new smartphones that has been presented by the Korean manufacturer giant is the Samsung Galaxy M31, which is the successor of the Galaxy M30 and M30s. 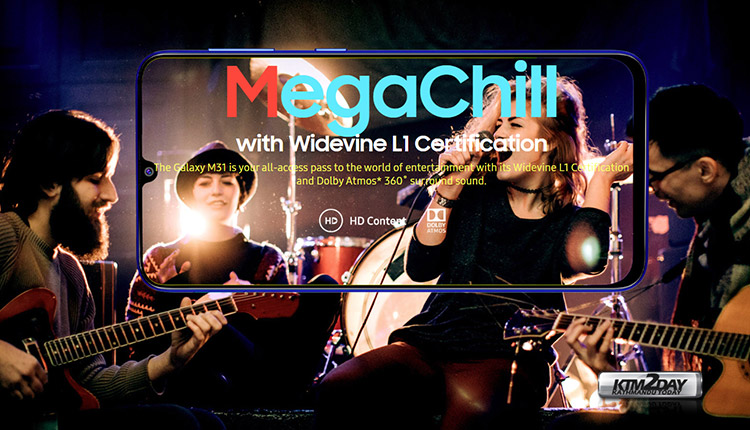 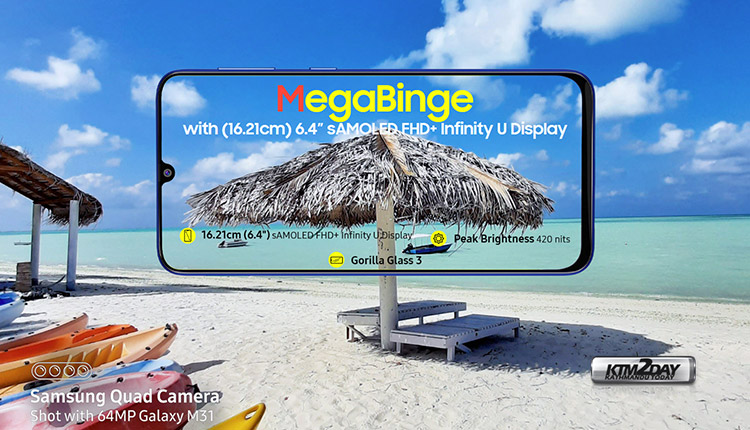 The Galaxy M31 sports a large display of 6.4 inches of Full HD+ resolution of 1080X2340 pixels. The screen has a 19.5:9 ratio backed by a Super AMOLED panel and features a Infinity-U display which houses a front selfie camera on the center of the screen. 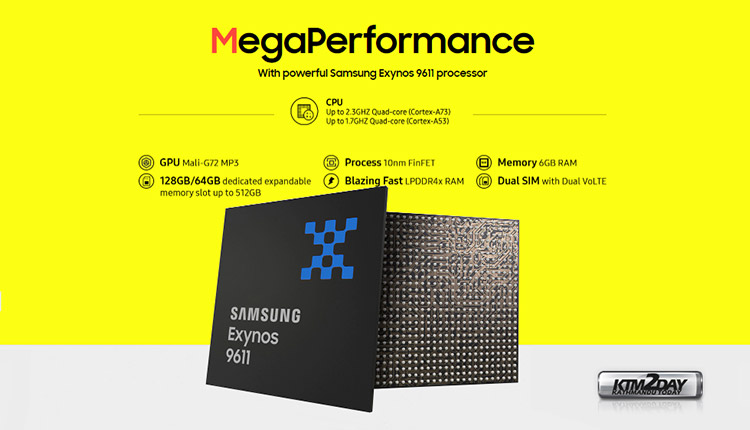 The device is powered by an octa-core Exynos 9611 chipset from Samsung coupled with LPDDR4x RAM and UFS 2.1 storage. The device is available in two configurations of RAM and internal storage —  6GB of RAM with 64GB of internal storage and 6GB of RAM and 128GB of inbuilt storage. The storage can be expanded with the use of a microSD card by up to 512GB. 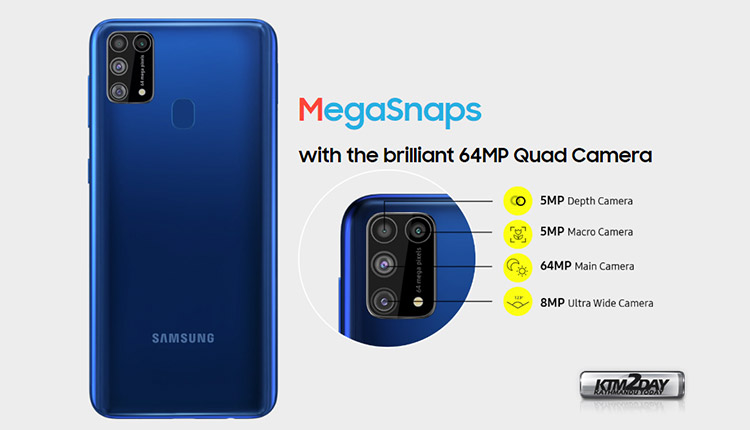 The camera department is where the M31 gets a major upgrade over its predecessor M30s. The Galaxy M31 now features a quad setup camera on the rear that includes Samsung ISOCELL Bright GW1 sensor of 64 MP along with 8MP ultra wide secondary sensor, a 5 MP depth sensor and 5 MP for macro shooter. 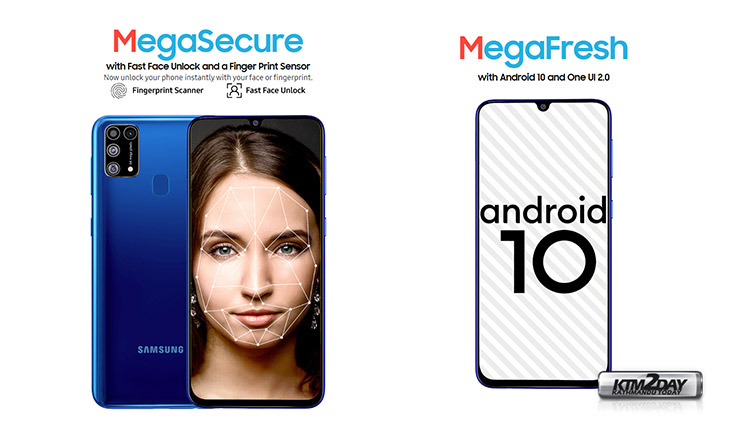 In terms of capturing selfies and enabling video chats, the Samsung Galaxy M31 has the 32-megapixel selfie camera at the front that supports 4K and slo-mo video recording.

Connectivity options on the phone include 4G VoLTE, Wi-Fi, Bluetooth, GPS/ A-GPS, USB Type-C, and a 3.5mm headphone jack. The phone also has a fingerprint sensor at the back.

The smartphone comes pre-loaded with the latest One UI experience and runs Android 10. 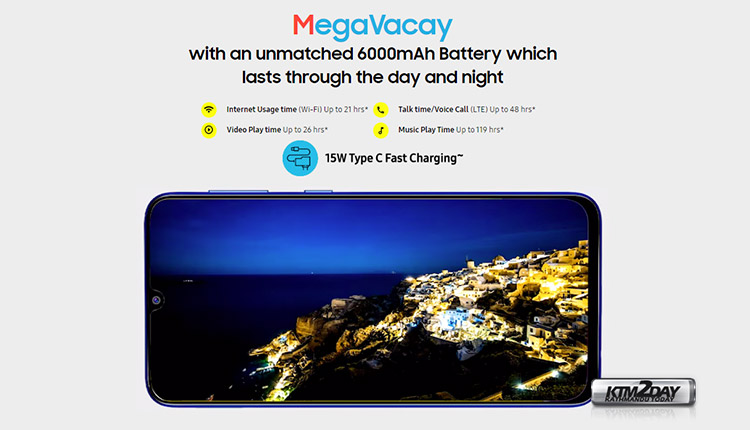 Samsung has provided a 6,000mAh battery that is rated to deliver 26 hours of video playback or 119 hours of music playback on a single charge. The battery is supported by 15W fast charging that is available through the bundled charger. Besides, the phone has 8.9mm of thickness and 191 grams of weight.

The device is available in two color options – Ocean Blue and Space Black. Since its launch, the Galaxy M smartphone line has become very popular, thanks to its excellent price to quality ratio. In part, Samsung has managed to keep the price of these smartphones more affordable thanks to it’s simplistic design, brighter display and long battery life.

So coming to its price, the Galaxy M31 for the 6GB RAM+64GB internal storage costs INR 15,999 while its 6GB+128GB model carries a price tag of INR 16,999. The device has been launched in Indian market and is expected to launch in Nepali market next month.

Nokia announces the new C5 Endi, C2 Tennen and C2 Tava for the US market