Samsung made the Galaxy Z Flip 3 official today. The new foldable smartphone of the South Korean brand was presented along with Galaxy Z Fold3 at the Unpacked event on Wednesday and arrives with interesting news.

Samsung’s new foldable in a clamshell format smartphone maintains the essence of the first Galaxy Z Flip and tries to enhance its positive aspects, while promising a correction in those where it fell a little short.

In regards to design, the Galaxy Z Flip 3 incorporates a new aluminum structure that, according to Samsung, is the strongest they have achieved with this material to date. The mobile is also slightly smaller than its predecessor, although it maintains the weight of 183 grams. The exterior is protected with a Coating of Corning Gorilla Glass Victus and, in addition, it is one of the first mobiles of its kind to have IPX8 certification of water resistance; in fact, the credit is shared with the Galaxy Z Fold 3. 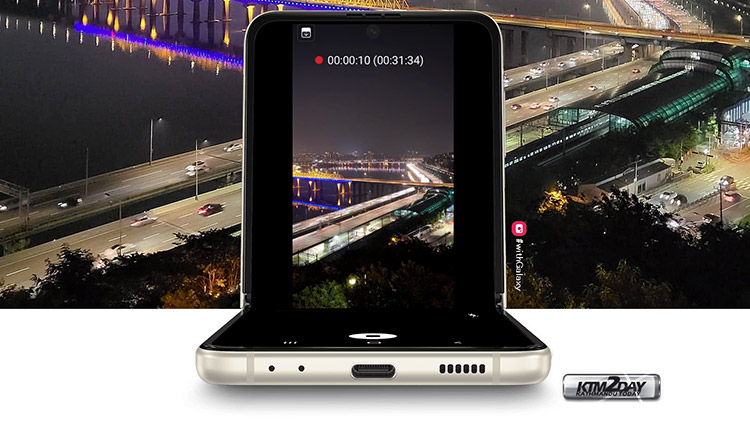 The most obvious change, however, is found in the exterior screen and the arrangement of the main cameras. The Samsung Galaxy Z Flip 3 now features a 1.9-inch Super AMOLED panel (260 x 512 and 302 ppi),which contrasts starkly with the one offered on the original Galaxy Z Flip, which was only 1.1 inch.

Being larger, the outer screen allows you to interact in another way with the smartphone when it is folded. For example, it can be used to access quick settings, widgets and apps like Samsung Pay. Logically, it still shows notifications and important information that doesn’t require us to open the phone. In addition, it can be used as a preview screen to capture photos with the smartphone closed. 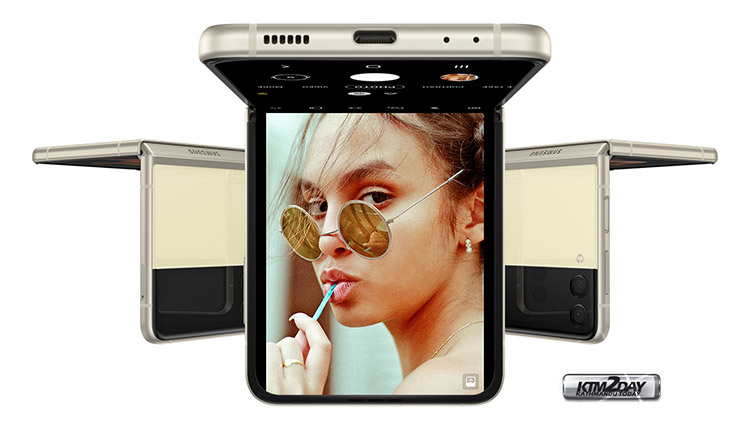 An important point to note is that the South Koreans decided to apply a better coating on the main screen. They promise that it is 80% more durable than the previous one, which could be grated even with nails.

In addition, the “Flex Mode” already tested in the first version of the Galaxy Z Flip is back again. It allows you to open the phone at an angle close to 90° to split the screen and interact with different functions of the same application in the two halves. In the section of cameras, the new foldable from Samsung incorporates a 10 MP sensor for selfies; while on the outside it presents a dual camera with 12 MP sensors, one wide angle and the other ultra wide angle.

Like in the Galaxy Z Fold 3, Samsung has chosen the Qualcomm Snapdragon 888 as the processor for the Galaxy Z Flip 3. The 5-nanometer octa-core chip comes accompanied by 8 GB of RAM and two storage variants: 128 or 256 GB (UFS 3.1). 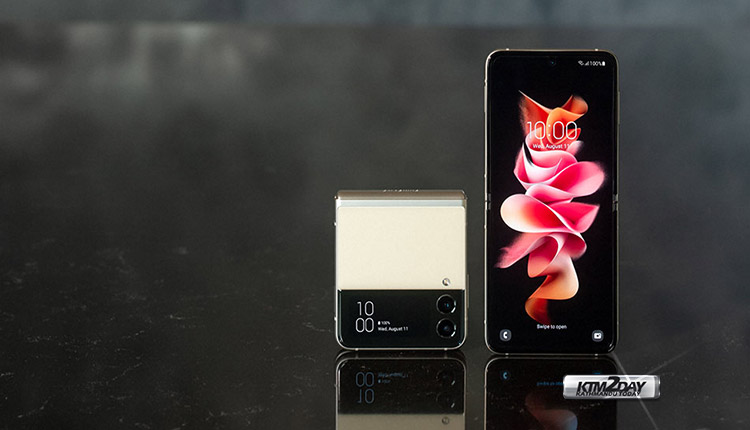 Like the original Galaxy Z Flip, it includes a 3,300 mAh battery, with fast charging up to 15W, and the fingerprint reader is on one side. In the connectivity section, meanwhile, the new model offers support for 5G networks.

The Samsung Galaxy Z Flip 3 uses Android 11 and the One UI 3 interface. It arrives in seven colors: cream, green, black, lavender, gray, white and pink. It is worth noting that the last three are exclusive to the official online store of the South Korean brand. In addition, it is accompanied by a line of peculiar accessories that include covers with bands and a wide range of colors.

The starting price for the variant of 8 GB of RAM and 128 GB of storage will be 1059 euros around NRs 1,48,000 without considering taxes. According to Samsung, it will be available from August 27, but can already be booked from today.