Home » Mobile Phones » iPhone 15 Pro Series Will Include an A17 Bionic SoC, 8GB RAM, and USB Type-C Port, According to TrendForce

iPhone 15 Pro Series Will Include an A17 Bionic SoC, 8GB RAM, and USB Type-C Port, According to TrendForce A research firm has predicted that the iPhone 15 Pro, the supposed successor to the iPhone 14 Pro, will feature 8GB of RAM and a USB Type-C port.

Apple’s latest flagship A16 Bionic chip is exclusive to the iPhone 14 Pro and iPhone 14 Pro Max, both of which were released by the company not too long ago. It is anticipated that the iPhone 15 Pro models that will debut next year will also feature upgraded cameras.

According to TrendForce, Apple’s next-generation A17 Bionic chip will be included in the upcoming iPhone 15 Pro and iPhone 15 Pro Max models. The company claims that the A16 Bionic chip, which was introduced with the Pro models last year, may make its way into the non-Pro models this year.

Unlike the current generation Pro lineup, which is rumored to come with 6GB of RAM, the successors to the iPhone 14 Pro and iPhone 14 Pro Max will feature 8GB of RAM, as reported by TrendForce. It’s important to keep in mind that Apple does not publicize the iPhone model’s RAM capacity.

Greg Joswiak, Apple’s head of marketing, confirmed on Tuesday that the company will be forced to comply with a law in the European Union by converting the iPhone to use a USB Type-C charger. 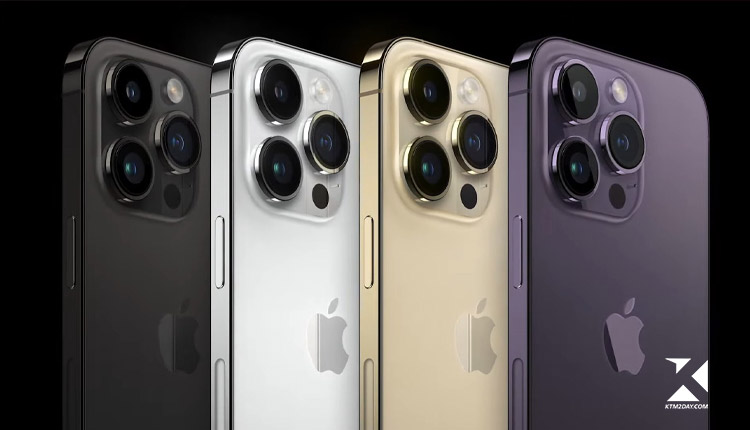 Research suggests that Apple will replace the Lightning port with a USB Type-C charging port. That should finally put to rest the years-long dispute between Apple and the EU over a standard charging port.

While the resolution of the sensor in the iPhone 15 is still a mystery, a Taiwanese research firm claims that it will be 8P. A 10x optical zoom telephoto camera is expected to be included in the iPhone 15 Pro Max.

Although Apple is still working on its own 5G modem, which it expects to have ready by 2024, TrendForce believes that it will be included in the iPhone 15 Pro lineup. A previous report suggested that Apple’s 5G modem might not make it into any of the new iPhones for the next two years.