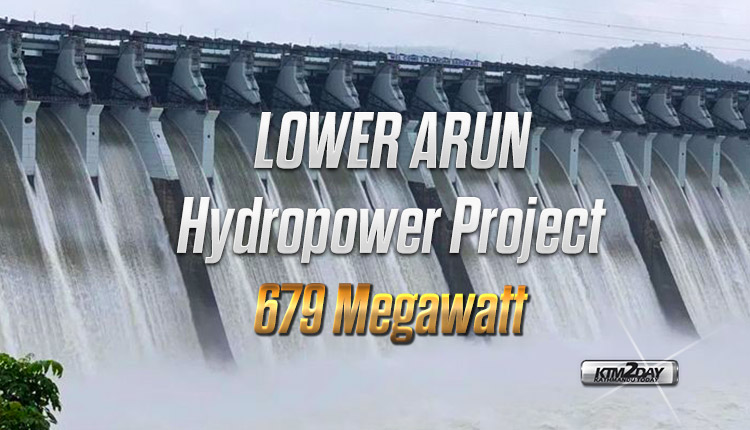 The MoU was signed by Sushil Bhatt, Chief Executive Officer of the Board and Nandalal Sharma, Chairman and Managing Director of SJVN on behalf of the developer company. The project, based on the Picking Run of the River, is estimated to cost USD 1,300 million (as of 2017). The 35th meeting of the Board of Investment had given permission to present the project among the investors on the occasion of the investment conference held on March 29, 2019. 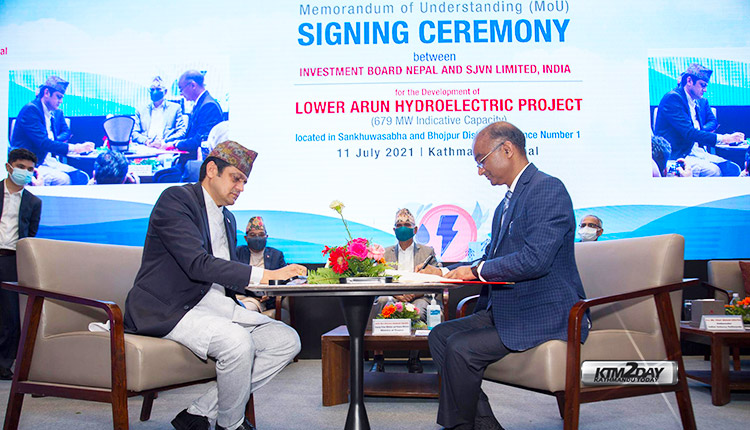 As per the mandate mentioned in the MoU, the developing company will have to complete the Detailed Project Study (DPS) within two years from the date of signing the MoU and submit the Detailed Project Report (DPR) to the Board of Investment for approval. In addition, the Board’s office will provide necessary facilitation for the study of the project.

Speaking as the chief guest at the signing ceremony, Deputy Prime Minister and Minister for Finance and Vice Chairman of the Investment Board Bishnu Prasad Poudel expressed confidence that the construction of the project would move forward at a fast pace and assured that the Government of Nepal would provide necessary assistance. Expressing confidence that this understanding would add a new dimension to the economic development of the country, he said that it was clear that the government was committed to the economic development of the country. He also said that the development of such energy projects would help in fulfilling the national aspirations of prosperous Nepal and happy Nepalis taken by the government of Nepal.

Speaking on the occasion, Chief Executive Officer of the Board of Investment, Bhatta, said that the implementation of the Arun III project has been facilitated by the effective facilitation done by the Investment Board Office. Stating that the signing of the MoU is a new milestone in the business relationship between Nepal and India, Bhatta said that such green energy projects would help move towards a carbon neutral economy by discouraging carbon emissions at a time when climate change is becoming a global issue. Bhatta also said that the Investment Board is focused on attracting investment in large-scale transformation projects by promoting public-private partnerships and facilitating private investment.

On the occasion, SJVA Chairman and Managing Director Nandalal Sharma thanked the Government of Nepal for choosing his proposal to develop the Lower Arun Hydropower Project and expressed confidence that there would be additional opportunity to partner with the Government of Nepal in other hydropower projects in Nepal. His Excellency Vinay Mohan Kwatra, Ambassador of India to Nepal, said that the development of the Lower Arun Hydropower Project between India and Nepal would further contribute to the development of infrastructure.