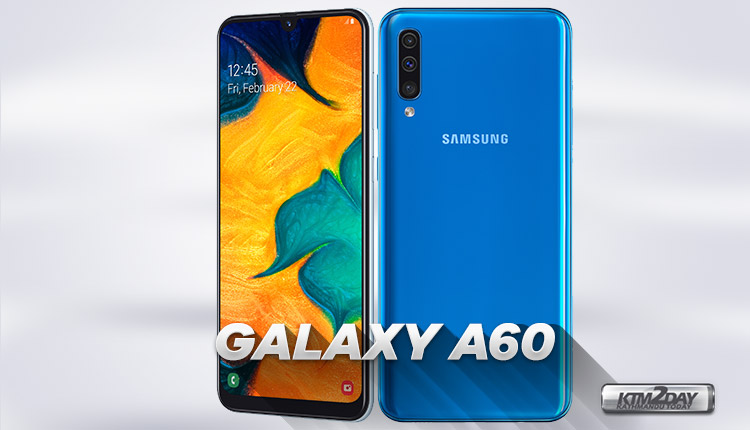 The renewed range of Samsung Galaxy A smartphones, which made its debut during the MWC 2019 with Galaxy A30 and Galaxy A50 , should soon include an additional device called Galaxy A60 .

The most recent information in this scene comes from China where, on Weibo, an image containing part of the technical specifications of the product are featured – with a 6.7inch Infinity-U display and FHD + resolution, Qualcomm Snapdragon SM6150 SoC and two different variants of 6 / 8GB RAM with 128GB of internal storage .

The photographic segment should instead be composed of a triple rear camera with 32 + 5 + 8MP and a single 32MP front integrated into the small central notch. Just like the Galaxy A50, the A60 should also boast a fingerprint sensor located below the display and a battery of 4500 mAh. The phone is expected to run Android 9 Pie with Samsung’s One UI on top.

Samsung Galaxy A60, which is also called Galaxy A8S Lite is speculated to come with display-hole camera on the front left corner. When looking at the design, this smartphone follows the Samsung Galaxy A8S design trend, but the hole diameter is significantly smaller, similar to Honor View 20. 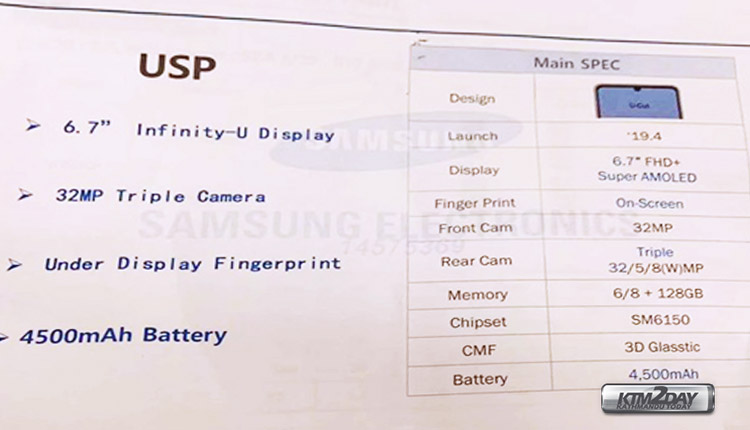 In addition, this smartphone is expected to come with a fingerprint sensor on the screen and a triple rear camera. 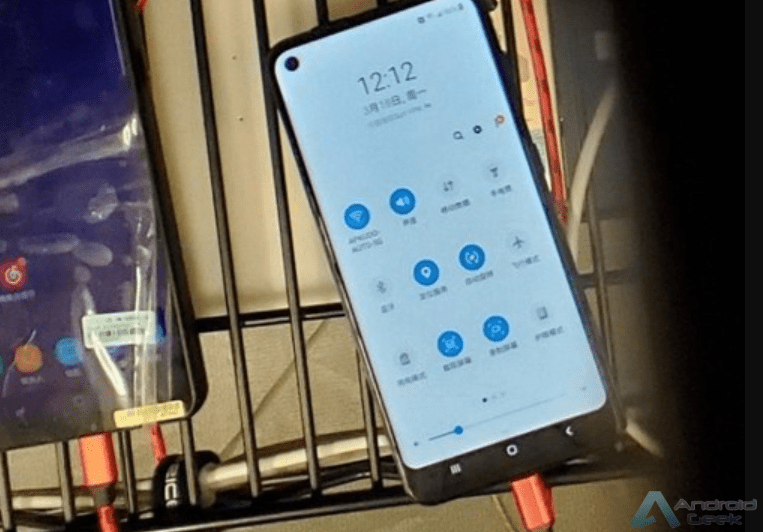 Recently the Samsung Galaxy A60 appeared on the Geekbench and by the score, this device will likely come with a Qualcomm Snapdragon 675 and 6GB of RAM. The Samsung Galaxy A60 runs the Android 9.0 Pie and has a battery capacity of 3500 mAh. It is expected that this smartphone will be launched in the Chinese market in the first half of this year.

The launch of the device, according to the leaked image, should take place during the next month of April.