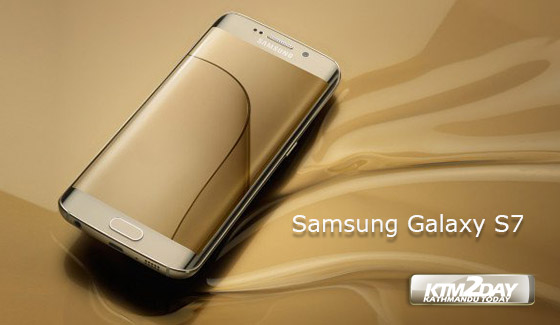 Numerous leaks are pointing out a good picture for Samsung’s upcoming flagships.

Samsung’s been pretty adept at hiding its flagship devices before launch, but details about upcoming phones manage to crop out thanks to an ever turning rumor mill. Numerous sources have revealed interesting information about Samsung’s upcoming Galaxy S7 and Galaxy S7 edge, including the screen sizes on these devices and their pricing.

According to the popular evleaks, who is writing for Venture Beat, the Galaxy S7 and Galaxy S7 edge will have 5.1-inch and 5.5-inch displays respectively, something the folks over at SamMobile have reiterated. Reportedly, Samsung is bringing back water-resistance to the lineup; apart from the company’s Galaxy S Active series, only the Galaxy S5 was water-resistant, a feature that didn’t make it to the Galaxy S6 and S6 edge. Furthermore, the S7 and S7 edge are also said to feature much bigger batteries – 3,000 mAh and 3,600 mAh units, inside a body that’s around 7.9 mm thick.

The thicker body is no doubt a result of the large batteries; the phones are said to be 8.7 mm at their thickest point, though there are conflicting reports on whether the camera sensor protrudes or sits flush with the body. All the sources point at a microSD slot making a return as well, and the fact that the camera will be downgraded to a 12.2-megapixel unit from a 16-megapixel sensor. However, the camera is said to be great in low-light conditions, thanks an aperture of f/1.9.

An Exynos 8890 processor, 4GB of RAM, a 5-megapixel front camera, and 32/64GB storage have been pointed out as well, though the rumored USB Type-C port will apparently not be present on the final device. As for pricing, there is said to be no change this year, with the Galaxy S7 and Galaxy S7 edge to start at 699 Euro and 799 Euro respectively. An official announcement and availability will happen in February according to SamMobile.

The new information comes from multiple sources that have credible track records, so it is likely most of these details are based on fact. Rumors of four different models of the Galaxy S7 look more and more baseless as the leaks continue to turn up, and we should be getting a clearer picture as we lead up to the rumored February 20 announcement date.