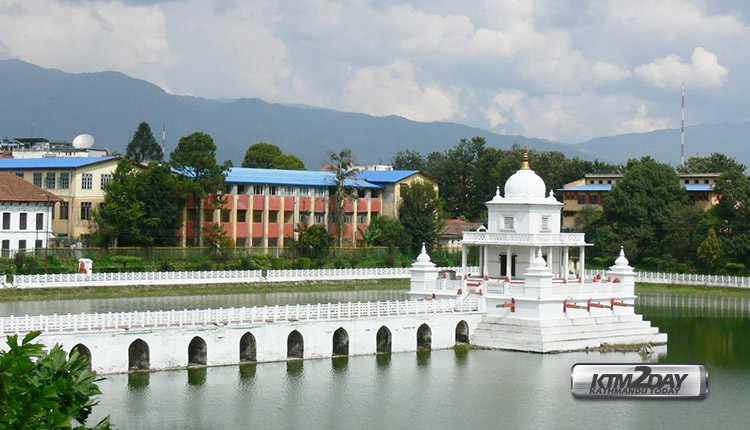 Three years have passed since the President Bidhya Devi Bhandari formally inaugurated the reconstruction of Rani Pokhari on January 16, 2016, however, the pond is nowhere in sight.

Delay in construction is attributed to the dispute among National Reconstruction Authority, Department of Archaeology and Kathmandu Metropolitan City related with construction model.

Moreover, Rs 25 million was spent in constructing a concrete wall around Rani Pokhari, but in vain as the wall was later demolished by KMC following the protest from locals and archeologists. KMC had proposed to change the historic pond into recreational park.

More than two years after pumping out water from Rani Pokhari for reconstruction, the National Reconstruction Authority had proposed to replenish the pond using bore-well water and supply Melamchi water to maintain water level in the pond.

NRA officials also hinted that Melamchi water could be used to refill the pond, if the plan to refill it with bore-well water didn’t work. KMC had hired a private contractor to pump out water and desiccate the pond after the president inaugurated the reconstruction campaign.