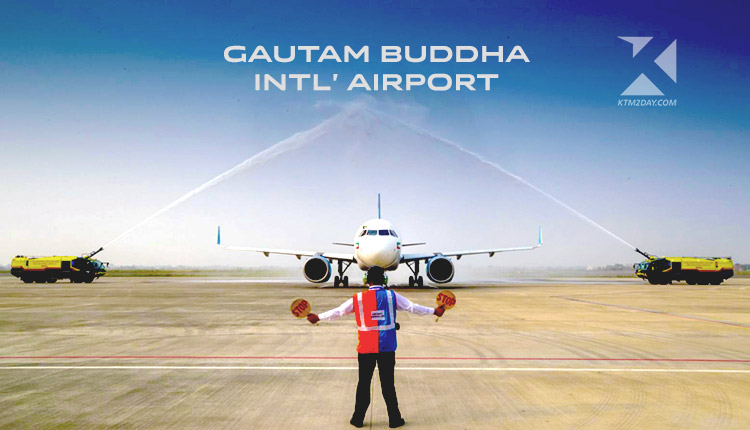 Jazeera ‘s aircraft, which took off from Kuwait at 2.30 am Nepali time, landed at Gautam Buddha Airport at 7.30 am on Monday.

A water cannon salute and applause greeted the landing plane.

The project took four years longer than expected to complete. The project’s initial cost was Rs 6.22 billion, but it has now risen to about Rs 8 billion. Pradeep Adhikari, Director General of the Civil Aviation Authority of Nepal (CAAN), stated the airport cost roughly Rs 7.5 billion to build.

The airport is 19 kilometers from Lumbini, the birthplace of Lord Buddha and a UNESCO World Heritage Site. 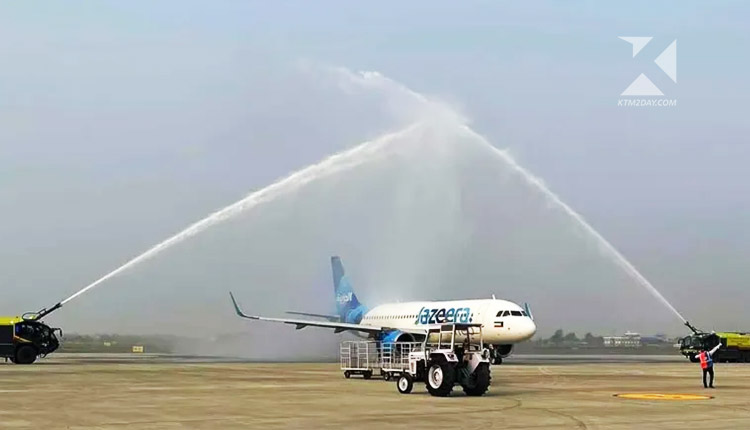 The new airport infrastructure includes a 15,169-square-meter terminal building and a new 3,000-meter runway that can accommodate wide-body planes. In addition, for the first time in Nepal, a sophisticated Instrument Landing System will be deployed in GBIA, allowing planes to land even in poor visibility.

“The opening of the airport is a source of national pride. The GBIA will serve as an alternative to Kathmandu’s Tribhuvan International Airport, and aircraft would no longer be forced to divert to neighboring countries in the event of adverse weather or other technical concerns,” said Prem Bahadur Ale, Minister for Culture, Tourism, and Civil Aviation.