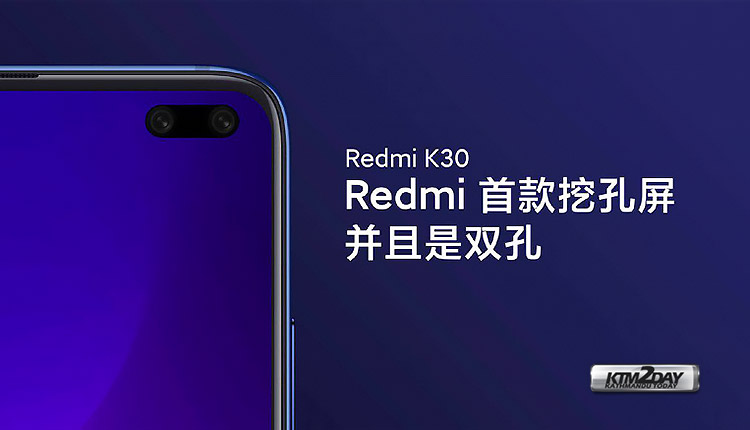 The revelation was made by Redmi CEO Lu Weibing during the presentation of Redmi 8 in China. The first images of what will be the Redmi K30 were revealed – most likely Mi 10T in Europe.

Judging from the images revealed, the smartphone will be the first of its kind to come up with a hole in the screen. Lu Weibing even shared an image on the Weibo social network, where we see a very similar device to the Galaxy S10 +.

Like Samsung’s flagship smartphones, it has two cameras in the upper right corner. This means that the pop-up full screen design that has been so successful in the Redmi K20 (Mi 9T) will be abandoned.

Redmi K30 will have 5G connectivity
As per earlier reports, this device will arrive with 5G connectivity. This means that where technology is already active, users will be able to enjoy high speeds with mobile data. Lu Weibing further stated that the 5G modem used in the device supports both autonomous (SA) and non-autonomous (NSA) network architectures. Until recently, only the Balong 5000 modem developed by Huawei could afford such a thing, but the Redmi K30, of course, was built not on the Kirin SoC, but on the Qualcomm single-chip system – Snapdragon 7 Series 5G .

So far, neither the cost of the model, nor the terms of a full-fledged premiere and start of sales have been revealed. But smartphone manufacturers received samples of the Snapdragon 7 Series 5G back in the second quarter of this year, so the mass appearance of the first models on this platform will arrive before the end of the year.