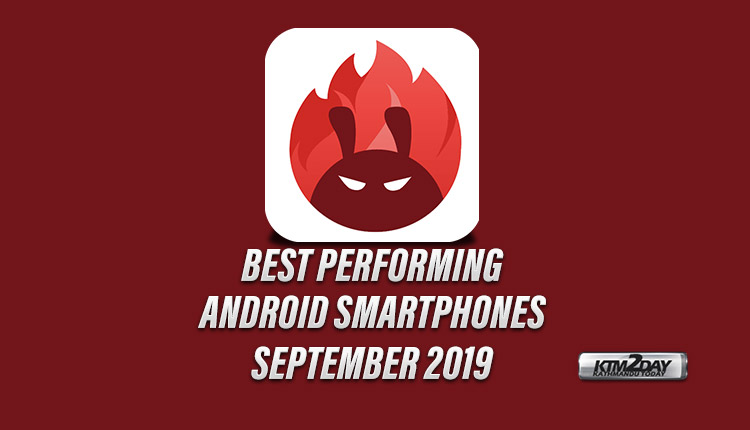 AnTuTu Benchmark is one of the most widely used applications in the world in order to evaluate the power of a smartphone. Although a smartphone should not be measured by its final number, this score simply portrays what is the most powerful device of the moment.

The September numbers arrived and surprised with Asus taking the first two places on the podium. In order to make it to the top 10 List, a smartphone requires to have at least 1000 entries in the given month.

The Taiwanese company Asus rules the top 2 position in the list with its flagship devices . The ROG Phone 2 catered for gamers is on the top 10 while the Asus Zenfone 6 2019 trails behind in the second position.

Right in the third position Oneplus 7 Pro and Oneplus 7 stays on the fourth position which offer state-of-the-art specs and at a much lower price than the other flagship devices from companies like Samsung and Huawei.

Xiaomi’s Mi 9 manages to grab the spot on the fifth position followed by Redmi K20 Pro, Black Shark 2 and Mi 9T Pro. The list ends with Sony Xperia 1 and the Samsung Galaxy Note 10 + on the ninth and tenth place.

Although Asus is the big winner by having the first and second rank, we must admit that Xiaomi and OnePlus are the most prominent brands. Most of the Xiaomi smartphones on this list has a considerably lower value . Only the Black Shark 2, destined for gaming, is that pulls a little bit more from the wallet. However, Mi 9, for example, can be purchased for just over $330.

Let’s hope the market stays that way. I like to see good competition and finally have brands like Xiaomi, Realme or even OnePlus to provide better specced devices at lower cost to consumers.