A four-star hotel has come into operation in Thamel, a major tourist hub of the capital, with an investment of Rs 2.5 billion.

At a time when corona infection is on the rise in Nepal as well as in various countries of the world, ‘Ramada Encore by Wyndham Kathmandu‘ has come into operation with the investment of Dahlia Investment Company and Non-Resident Nepali Association (NRNA). The hotel is the first Nepali chain hotel of Ramada Encore, USA. The four-star hotel was scheduled to be operational by the beginning of the Nepal Tourism Year 2020, but has been delayed by a year due to corona pandemic. Hotel operator and Chairman of Dahlia Investment Company – Gopal Pangeni said that the newly launched Ramada Hotel Thamel is a chain hotel of international brand. “We will soon be operating the Ramada Hotel in Sauraha, Chitwan too” he added. The 90-room, nine-storey hotel in Thamel, Kathmandu has two restaurants, a spa, a swimming pool, a gym hall and two conference halls. From the roof one can see the beautiful atmosphere surrounding the valley. General Manager of the Hotel – Mahesh Phuyal said that the Ramada hotel has been providing exquisite foods of its choice to local and foreign tourists through two of it’s restaurants. “We have provided Spanish, Arabic, Turkish, Moroccan food through one of our restaurant and pan-Asian and Indian food through another ,” he said. 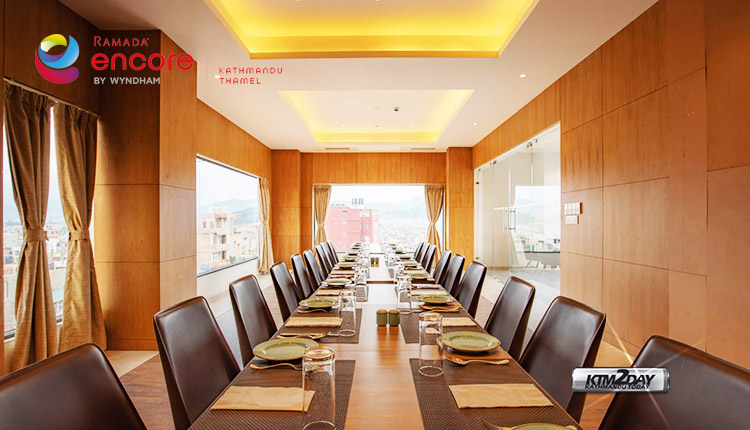