The brand’s latest bet for the TV segment is the Mi TV Q1E, a model that comes to market with QUANTUM Dot Technology LED Panel (QLED), 4K resolution (3840 x 2160 pixels) and support for 97% of the DCI-P3 color gamut for physical scenes and immersive content.

The TV is equipped with Android TV (version 10) as an operating system, allowing users to pair smartphones to stream content wirelessly and providing support for all major streaming apps, music, games and more.

According to the manufacturer, the TV has two speakers with 15 W of power —with one tweeter and two woofers in each—and supports Dolby Atmos and DTS-HDsound technologies.

The TV has a sufficient MediaTek MT9611 processor, 2 GB of RAM and 32 GB of storage. Users will still find three HDMI ports,two USB 2.0 ports and a 100 Mb/s Ethernet port. Xiaomi also presented its newest projector in the European market as an even more affordable option for those looking for best price to quality product. 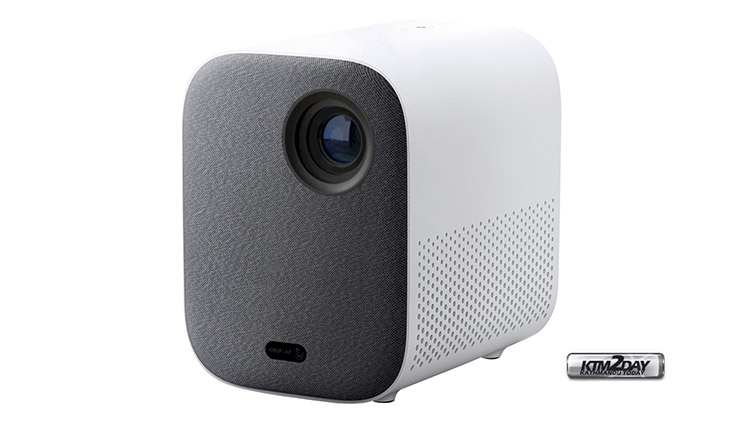 In addition to an HDMI input to connect notebooks or tablets and mirror the image on a larger screen, Xiaomi highlights the USB 2.0 port for viewing photos and videos quickly.

The model also has support for Dolby Audio sound technology and 3.5 mm P2 connector so users can use more powerful external speakers.

Despite the HDMI connector, the Mi Smart Projector 2 has Android TV as its operating system and allows users to watch movies and series independently. The projector also has built-in Google Assistant for voice commands. Finally the manufacturer introduced its newest high-performance bet to keep the home connected even where Wi-Fi doesn’t normally reach, with the AX3000 router with Mesh network support.

The product allows multiple routers of the same AX3000 model to be spread throughout the house to cover wide spaces and ensure greater network stability and instant switching without users noticing, with the smartphone or notebook always prioritizing the best connection.

Xiaomi has confirmed that its Mi TV Q1E television will be sold only in a single version with 55-inch panel. The model will be available in November with a suggested price of € 799.

The Xiaomi Mi Smart Projector 2 hits the European market with a suggested price of € 599. Finally, the Router AX3000 with Mesh network and two units included in the package will sell for € 149. There is no expected sale in Nepali market.