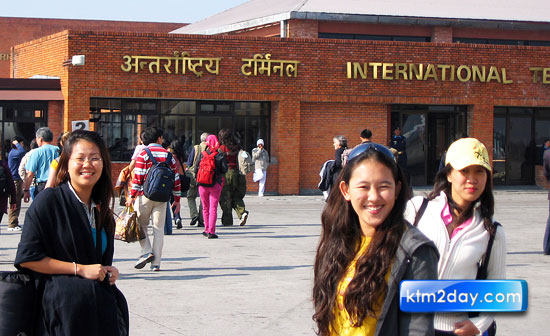 Tourist arrivals during Nepal Tourism Year 2011 surpassed 700,000 thanks to enthusiastic participation by visitors from the neighbours India and China. Even though inbound fell short of the target of one million, the rise in arrivals has boosted the confidence of both the government and the travel trade, tourism entrepreneurs said.

According to the stats released by the Immigration Office, the volume of travellers to Nepal (by air and land) is up 22.34 percent year on year. The country welcomed 737,597 international visitors in 2011.

The double-digit gains in overseas visitors last year have encouraged travel trade leaders and analysts to say that Nepal has become a perfect holiday destination for all seasons.

NEPAL’S TOURISM AT A GLANCE

Since 2000, the tourism industry has faced multiple crises. The last time Nepal saw an increase in arrivals was in 1999 when 421,243 tourists visited the country, largely due to the publicity surrounding Visit Nepal Year 1998.

After reaching a high in 1999, tourist arrivals started to slump, first due to the 9/11 attack in the US and then due to an escalation of the Maoist conflict in the country.

Following the peace agreement between the government and the Maoists, tourist arrivals once again took an upward trend. Post 2006, the tourism sector has bounced back with a gradual upward movement in tourist arrivals.

National coordinator of NTY 2011 Yogendra Sakya said that even though the arrival target has not been met, the country reached close to the target which was a big achievement in the context of low investor confidence and political unrest when the campaign was announced in 2008. “Considering the infrastructure bottleneck, achieving 20 percent growth per annum was highly satisfactory,” said Shakya.

Travel trade entrepreneurs said 2011 was a successful year when tourists visited the country even during the slack season. Ashok Pokhrel, president of the Nepal Association of Tour Operators (NATO), said increased tourist movement in the off season was another positive aspect of the country’s tourism industry in 2011.

Generally, March-April and October-November are considered to be the peak tourist seasons in Nepal. However, tourist arrivals showed improved growth during the other seasons too. Hoteliers said that increased Chinese and Indian movement had sustained the hotel business during the off season last year. “This is the type of business we had hoped to have during the off season,” said Bharat Joshi, director sales and marketing of the Hotel Yak & Yeti.

Garnering political commitment to support tourism from all the political parties was another major achievement of NTY. The private sector’s confidence shot up on Feb 26, 2011 when 22 political parties pledged not to call any strikes in 2011.

“Peace and stability is of utmost importance to increase the visibility of Nepal’s tourism in the international arena,” Shakya said.

A breakthrough in the peace process with the major political parties signing a historic agreement on army integration, constitution drafting and power sharing on Nov 1, the government’s announcement of Visit Lumbini Year and Nepal Investment Year and Nepal’s removal from the negative travel advisory list by the US Embassy are some positive indications for the future of the country’s tourism.

THE YEAR OF CHINESE AND INDIAN TOURISTS

Chinese tourists have taken a great leap forward to reach 75,517 (45,400 by air and 30,117 overland) in 2011. Although bringing 100,000 Chinese was a tough task considering Chinese arrival trends in the last few year, the number should be considered significant.

Nepal received just over 8,000 Chinese tourists in 2001 when China announced that Nepal had been listed as an outbound travel destination for Chinese travellers. Annual tourist arrivals from China stood at 46,000 in 2010. Arrivals from India, the largest source market, upped 39.1 percent to 145,338 (by air only) in 2011. The country had targeted 265,000 Indian visitors in 2011.

LESSONS TO BE LEARNT

Although NTY was a successful venture for a post-conflict country like Nepal, there were a few lessons for the government and the private sector. Tourism analysts and former secretary of the Ministry of Tourism and Civil Aviation Dipendra Purush Dhakal said that NTY lacked proper coordination between the government and the private sector. The major embarrassment of NTY was that the national flag carrier Nepal Airlines Corporation (NAC) was unable to reap any benefits from the campaign.

“Even though NTY can be considered to have been fruitful for other international carrier, for NAC it was a ‘lost opportunity’ due to its inability to expand its international fleet,” Dhakal said. Travel trade entrepreneurs had strongly but unsuccessfully lobbied for new aircraft for the national flag carrier to make NTY a success.

Tourist arrivals by air and land