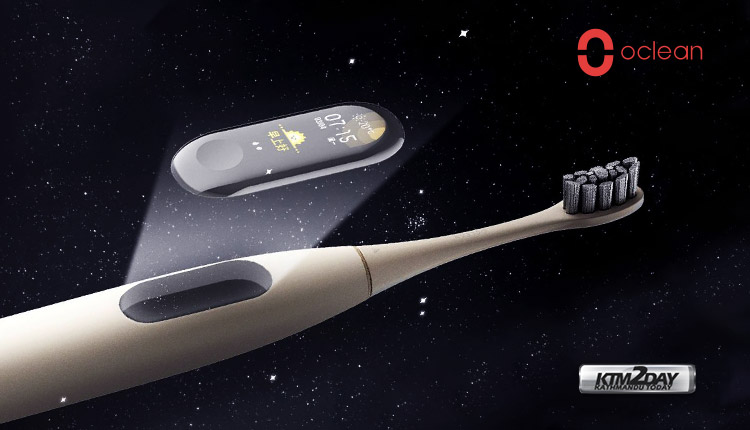 Xiaomi is better known for its smartphones but it has also invested in other areas where technology counts in our daily lives. Oclean is such another sub-brand of Xiaomi which specializes in toothbrushes. It’s not an ordinary toothbrush making company but rather designs and manufactures latest next-generation smart toothbrushes.

Oclean toothbrushes, as a rule, should be tied to an app which then allows you to set up a cleaning schedule and set alerts to remind you to brush your teeth. But thanks to the built-in touchscreen display, owners may not need to log in to the app to view certain details, such as the cleaning score or battery life of the toothbrush. However, you still need to open the app to get a detailed analysis of the cleanup.

Unlike the Mi Band 3, the toothbrush display is in color. However, the overall design is very similar to the third generation of Mi Band. The image source also shared images of customized versions of the upcoming toothbrush. One has the theme of the Iron Man, the other has the theme The Avengers: Endgame. So this is probably the result of the partnership between Marvel and Oclean.