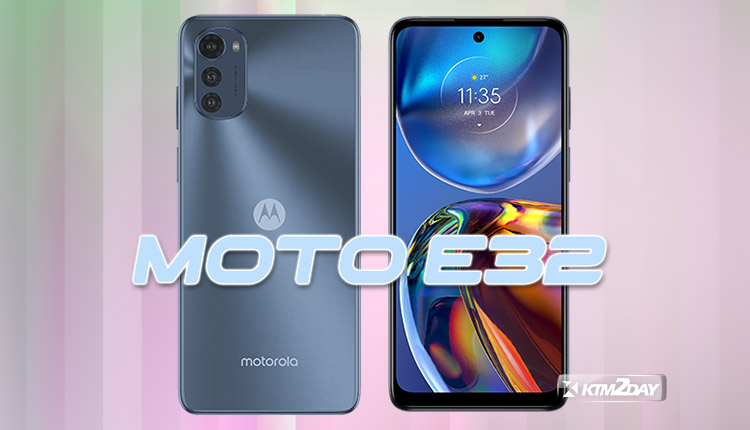 The Moto E32, an affordable smartphone, has been introduced by Motorola in the Indian market. Unlike the Unisoc T606-powered device that made its formal debut in Europe in May, this E32 uses a different processor. Read on to learn more about the features found in the E32’s Indian iteration.

Technical details of the Moto E32

The Moto E32’s IPS LCD display is 6.5 inches in size, and it can display HD+ content at a refresh rate of 90 hertz (Hz). Android 12 is preinstalled, and Motorola’s My UX is used as a skin on top.

The corporation has promised two years’ worth of security patches, but there’s no promise that they’ll include the Android 13 version. The fingerprint scanner is conveniently located on the device’s side.

The Moto E32 is equipped with the Helio G37 chipset. It has 64GB of storage space and 4GB of RAM. There is a 5,000mAh battery with 10W charging to keep the power on.

The Moto E32 includes a 50-megapixel primary camera and a 2-megapixel depth sensor in its dual-camera configuration.

There’s only one Moto E32 model available, and it has 4 GB of RAM and 64 GB of storage space. The cost of the phone in India is INR 10,499, or around $127. It’s available in both Arctic Blue and Eco Black on Flipkart.