Home » NEWS » Nepal Telecom starts VoLTE service. What is it and how to activate? On the occasion of World Telecommunication and Information Society Day, Nepal Telecom is rolling out VoLTE service to its customers. VoLTE in short stands for Voice over LTE which provides superior voice quality and allows you to browse the Internet and use data-driven apps while on a call. 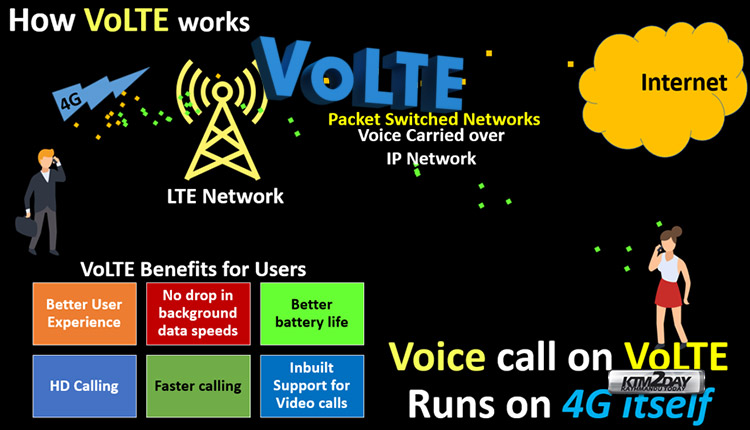 VoLTE(Voice over LTE) offers the possibility to voice call via the LTE/4G mobile network rather than the 2G or 3G connections which are usually used.

The big advantage of VoLTE is that call quality is superior to 3G or 2G connections, as far more data can be transferred over 4G than 2G or 3G. Up to three times as much data as 3G and up to six times as much as 2G to be precise, making it easier to make out not only what the person on the other end of the line is saying, but also their tone of voice.

Essentially it’s an HD voice call and it’s a much richer experience overall.

The benefits of VoLTE are ;

How to activate VoLTE service on your smartphone ?

To activate VoLTE service customers of Nepal Telecom should have smartphone that supports this feature. Nepal Telecom has stated that apart from having a VoLTE enabled device one needs to have a recently upgraded firmware to use this service.

Depending on the model of the smartphone one needs to first enable this service by going to Settings > Mobile Networks > Enable VoLTE.

Nepal Telecom has stated that the VoLTE service will available in all areas currently having 4G Network coverage in Nepal.

After that to check if VoLTE has been activated or not, one needs to check if HD/VoLTE icon has appeared on the top bar of the screen.

Alternatively, one can also dial *111# to verify if VoLTE has been activated or not.

What are the charges of using VoLTE service ?

There is no additional cost for VoLTE service. VoLTE is one more way in which NT is building a better  network for its’ customers.

VoLTE calls will not consume any data. It will be charged as per your normal calls. 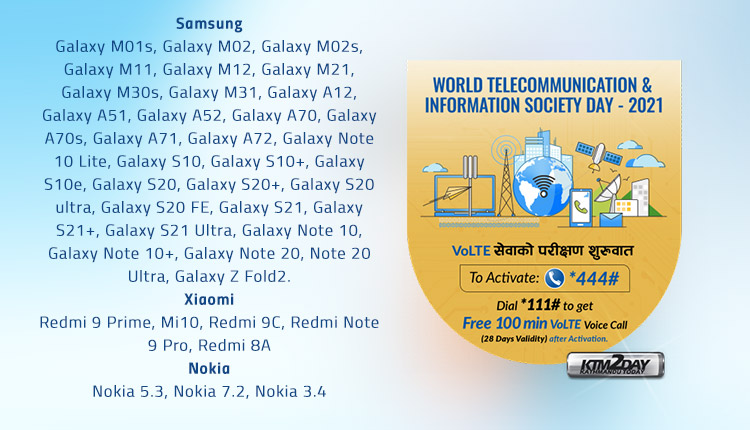