Ola’s S-One electric scooter, which went public on the same day, is priced at INR 100,000. The Simple Energy plant in Hosur, Tamil Nadu has the capacity to produce one million units of electric scooters annually. The company has also announced to build charging stations in 300 places in 13 cities within seven months.

According to the company, the Simple One can run at a speed of 0-40 kilometers per hour in 2.95 seconds. This scooter has a 4.8 kW lithium ion battery pack. It generates 9.4 horsepower and 72 Nm of torque. Simple Energy will get a portable battery pack weighing just over 6 kg, and can be removed from the electric scooter to be carried indoors for re-charging. The battery will be a 4.8 kWh lithium-ion battery. Simple Energy has made public the Simple One high range electric scooter. The company claims that this scooter can provide a certified range of 236 kilometers when operated in IDC mode. The company has stated that it will give a range of 203 km in eco mode.

The One electric scooter will be available in four different colors – Brazen Black, Namma Red, Azure Blue and Grace White.

Simple Energy India has launched the One electric scooter in the Indian market at a price tag of INR 1,09,999. 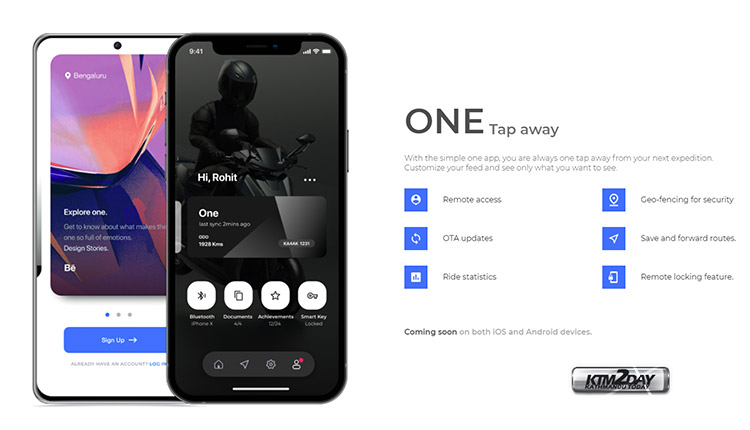