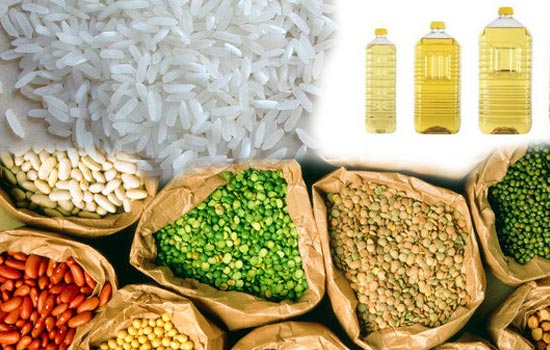 The government has decided to fix the maximum retail price (MRP) of essential commodities in a bid to prevent artificial price hikes and to use it as a baseline for market monitoring. The Department of Commerce and Supply Management is coordinating with government entities and traders to set the prices.

This is the first time the government is working to fix the MRP. Generally, it is the market in a free market economy that determines the prices.

MRP is the retail price of a commodity including all taxes. The government’s move follows demands by consumer rights activists to fix the MRP of essentials as prices of sugar, rice, pulses and edible oil have soared unnaturally ahead of the festive season.

“We have asked business organisations to suggest the minimum and maximum price of essential daily goods within a week to fix the MRP,” said Narayan Prasad Bidari, the director general of the department. He said businessmen have to recommend prices that should include the transportation cost, overhead charges, production costs and their mark-up.

According to Bidari, the government has homework on the MRP after the consent of business organisations.

Bidari said it would take a maximum of two weeks to decide on the MRP after consultations with economists, businessmen, experts and sociologists and make public through a notice in the Nepal Gazette. “Prices of goods, including rice, edible oil and sugar, that have witnessed a price hike will be fixed for the benefit of consumers, while also assuring a logical profit margin for businessmen,” he said.

The department has been publishing reference prices of daily commodities for more than six months. However, the actual prices in the retail market are very different than the reference prices published by the government. For example, the reference price of sugar was Rs 79 per kg last week, but it was being sold in the range of Rs 76 to Rs 90.

“Once the MRP is fixed for the essential goods, it will be easy for monitoring the market as we will use it as the base price and take action against wrongdoers accordingly,” said Chief district officer of Kathmandu Chudamani Sharma.
“Suppose the government fixes the MRP of sugar at Rs 80, traders will not be allowed to charge more than that,” said Sharma.

In June, sugar cost Rs 70 per kg. The price jumped immediately after the state-owned Salt Trading sold a huge quantity to traders. An official at the department said they were investigating the possible involvement of Salt Trading officials in the price hike. National Trading and Salt Trading, both government entities, have been supplying basic commodities to wholesalers, retailers and directly to customers as intervention in the market to stabilise prices.

The department said there would be no shortage of sugar, with the National Trading and the Salt Trading procuring 20,000 tonnes before the festivals. A few days ago, the Nepal Sugar Producers Association said they still have 10,000 tonnes of sugar in stock and that they are ready to sell it if the government sets a reasonable price. It had said that the sugar price had gone up in the market due to hoarding by traders.

The department has been conducting market inspections to check unethical activities such as food adulteration, hoarding, cartelling and black marketing. However, the effort has had little effect as no action has been taken against offenders.