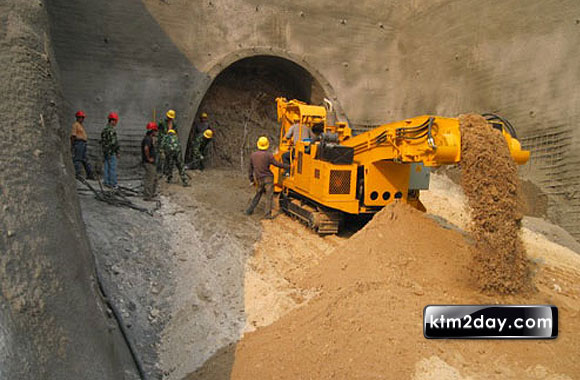 The Melamchi Drinking Water Project (MDWP) is back in business with the government selecting contractors to build a water treatment plant at Sundarijal and resume work on the project’s incomplete tunnel.

Following repeated deferrals of the contract deadline, the Japan International Cooperation Agency (JICA) wrote to the government on Friday endorsing VA Tech Wabag Limited-Pratibha lndustries, an Indo-French joint venture, to build the water treatment facility. The firm had quoted a price of Rs 4.75 billion. JICA is the major bankroller of the plant.

Originally, the Melamchi Water Supply Development Board (MWSDB), the project’s implementing agency, had chosen CWE China from among three short-listed firms to construct the water treatment plant after doing a technical and financial evaluation. “We later found out that some of the information provided by CWE was fake, due to which VA Tech has been chosen as the contractor,” said a high-level board official.

CWE China had proposed to construct the treatment plant for Rs 4.69 billion, the lowest bid. Hitachi Technology of Japan had quoted the highest bid of Rs 5.53 billion. The board had invited bids for construction of the water treatment plant on April 25, 2012.

Meanwhile, MWSDB Director General Krishna Prashad Acharya said Italian firm CMC Cooperativa Muratori e Cementisti di Ravenna had been awarded the contract as it had been approved by the Asian Development Bank (ADB), one of the project’s major financers, on Thursday.

Earlier on May 28, the ADB had shortlisted two bidders for final evaluation, the Italian firm and China’s Sino Hydro Corporation. Four firms, including China International Water and Electric Corporation and China Overseas Engineering Group, had been competing for the contract. The Italian company has quoted Rs 7.72 billion, some Rs 3 billion less than Sino Hydro’s price.

On June 7, the MWSDB decided to award the construction work to CMC after doing a financial evaluation of the two short-listed firms, and sent the name to the ADB for final endorsement.

Earlier on Dec 1, 2012, the government had floated a fresh tender for the headworks and diversion tunnel construction after the previous contractor, China Railway 15 Bureau Group, abandoned the project midway in September last year.

MWSDB Deputy Director General, Ghanashyam Bhattarai said all the competing firms had been informed about the board’s decision on Friday. He added that the successful contractors were required to deposit a performance security bond amounting to 10 percent of the total contract amount within 28 days. “Once they deposit the security amount, formal contracts will be signed with them in the next few days,” he added.

The MWSDB said the Melamchi Project is expected to be completed fully by June-July 2016 as per the new schedule.