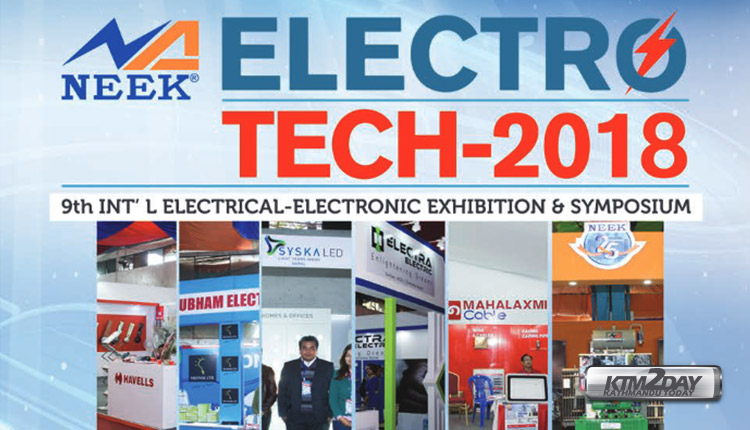 The ninth edition of the NEEK Electro Tech 2018 has begun here today.

Organised by the Federation of Electrical Entrepreneurs of Nepal, the six days long Expo aims to spread awareness of the use of electrical materials, said the organiser. More than 75 stalls have been set up, while over 100,000 visitors are expected to attend the Expo.

Electric materials worth more than Rs 90 billion are imported from foreign countries annually, according to data shared at the event. Only five percent of the supply from home contributed to address the demands for the materials.