Home » BUSINESS » Vegetable prices expected to rise till next week

Vegetable prices expected to rise till next week 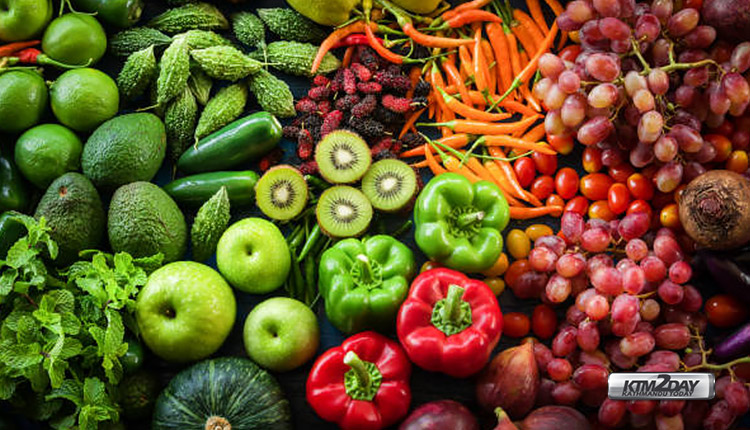 Vegetables price have escalated by up to 30 percent at Kalimati Fruits and Vegetable Market within a week due to low supply from key vegetable producing areas.

Traders said that the vegetable supply has slowed as farmers were busy harvesting their winter crops. Similarly, the onset of pre-monsoon also affected production. Prices are expected to rise further, according to vegetable suppliers.

Radha Ghimire of Sanepa, a vegetable buyer at Kalimati Fruits and Vegetable Market said that it has become hard to manage kitchen expenses with the price of produce always increasing. Ghimire said, “The price of tomato, potato including seasonal vegetable has become so expensive that vegetables worth Rs500 hardly last for two days,” she said.

Similarly, the retailers at Kalimati Fruits and Vegetable market sold potato at Rs50—75 per kg on Thursday while tomato big was priced at Rs100—Rs110 and tomato small priced at Rs80—Rs120. Bitter gourd at Rs80—Rs100 per kg and cauliflower at Rs80—Rs95.

The price is expected to go up till mid-May, he said, adding, the price will fall down gradually with the arrival of rainy season vegetable.

According to Kalimati Fruits and Vegetable Development Board Committee, the price of vegetables like bitter gourd, black eye beans, sponge gourd have increased by 30 percent. Similarly, cauliflower local has increased 11.76 percent pricing at Rs95 while okra is priced at Rs95 per kg, a jump of 26.67 percent within a week.

Though farmers have started producing off season vegetables, the production is not enough to fulfil the demand, said retail vegetable traders.

The vegetable consumption rate increases the during summer season as the vegetables tend to decay in a short time due to a higher temperature which in turn, swells the demand.

According Nepal Rastra Bank Statistics, the country imported vegetables worth Rs10.49 billion in the first eight months of the current fiscal year, a jump of 36.4 percent compared to the same time period in the previous fiscal year where import stood at Rs7.6 billion.