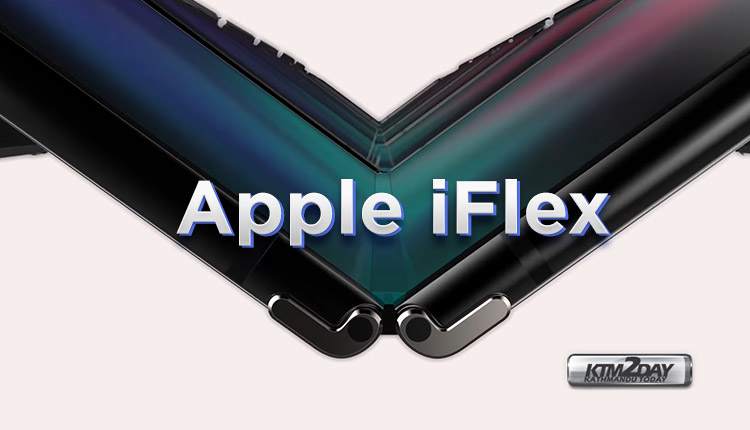 Foldable devices with flexible screens are starting to take the first steps towards the market – with results that are not entirely positive, as the problems of the Galaxy Fold demonstrate and how physiological it is for innovative products. It is not yet possible to make certain predictions about the future of the category, but there is no lack of those, like Gartner , foresees from now on that these devices will remain a niche product in the next five years .

Designers from the company ConceptsCreator released a video, which showed the concept of a folding smartphone from Apple. It’s called iFlex.

Of course, the designers, creating the concept, did not have any technical limitations that Apple will encounter when developing. However, the result of the ConceptsCreator is still interesting to see .

iFlex, like the Galaxy Fold, folds the screen inside. On the back of the case at the smartphone is a four-module camera. The front camera is located on the sliding module. The external screen of the device has a diagonal of 5.4 inches, internal – 7.9 inches. The ratio of its sides is 4: 3. In general, the device looks like a book.

According to the information in the network, Apple has filed several patents related to the creation of a folding smartphone. Therefore, it doesn’t look to be too futuristic concept, and may well become a reality.

Imagination, however, often travels faster than reality. Apple usually follows a wait-and-see business strategy: until a technology is mature enough. The immaturity of devices with flexible screens is under everyone’s eyes in recent times which Apple wants to avoid but someday would burn the stages by immediately entering a market that today has a high risk margin.