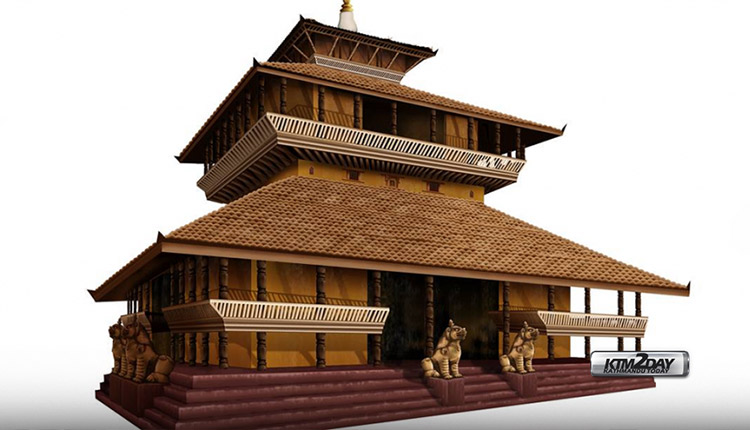 Bidya Sundar Shakya, mayor of Kathmandu Metropolitan City, has claimed that reconstruction of the historical Kasthamandap will be completed within the current fiscal.

Speaking at a function organised to perform a special puja of the main pillar of the iconic structure today, he said that the metropolis had accorded special priority to the reconstruction of the landmark monument, which was destroyed in the 2015 earthquakes. Rajesh Shakya, coordinator of Kasthamandap Reconstruction Steering Committee said nearly 70 per cent of recovery and rehabilitation work of the historical structure was completed.

The temple will be reconstructed in the same old style under the public-private partnership model. Timber Corporation of Nepal has agreed to provide 17,000 cubic feet timber for the reconstruction of the three-storey monument made of wood. Only 10 to 15 per cent the timber used in the original structure were reusable. According to KMC, the roof of the monument will be covered with traditional clay-made tiles. Reconstruction of Kasthamandap, which means ‘wood pavilion’, needs specially prepared timber. Generally, timber measuring 10 feet is available in the market, but the structure requires 38 feet long timber for renovation.