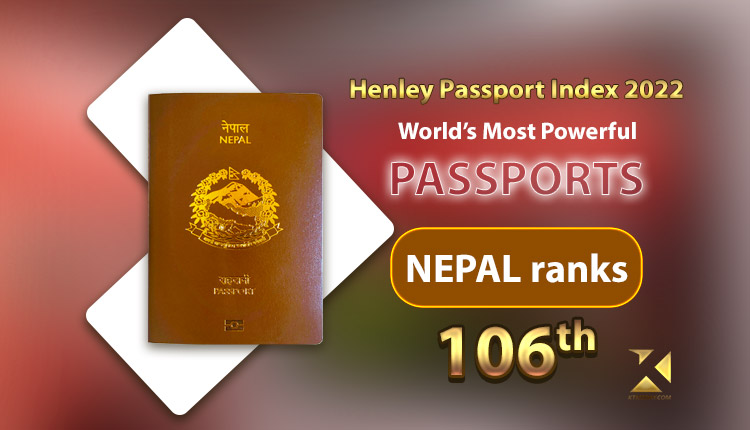 According to the Henley’s Passport Index for 2022, Nepal’s passport ranked as one of the weakest travel documents in the world allowing access to only 38 destinations worldwide.

Nepali passport is ranked 106th in the survey based on the country that gets the most visas on arrival. Last year, Nepal was ranked 109th. Nepalis get visa on arrival in 38 countries.

The Henley Passport Index is a ranking of the world’s 112 passports based on the number of countries their holders can visit without a visa.

The International Air Transport Association, which manages the world’s largest database of travel information, and the Henley & Partners Research Department both contributed data for the rankings, which were then further refined.

In a survey of passports around the world conducted by the London-based Henley Company, Japan’s passport was found to be powerful. Japanese citizens can already visit 193 countries around the world without applying for a visa.

Italy, Finland, and Luxembourg are fourth with 189 countries, and Denmark, Austria, the Netherlands, and Sweden have the fifth most powerful passports with 188 countries.

Among the countries surveyed, Afghanistan ranks 112th at the bottom. Above Afghanistan are Iraq and Syria. 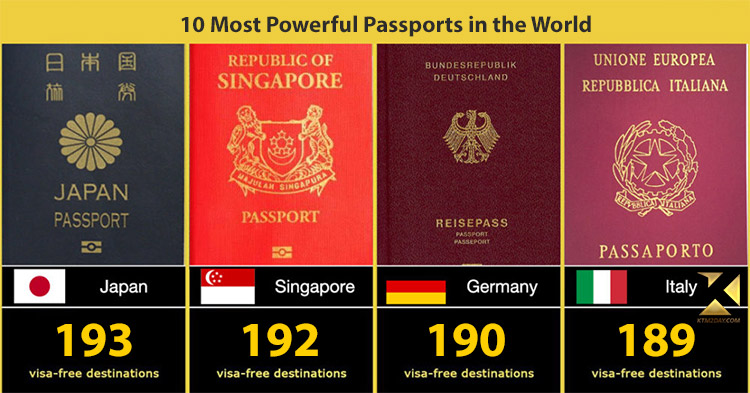