14 October 2021: Today, Canonical released Ubuntu 21.10 – the most productive environment for cloud-native developers and AI/ML innovators across the desktop, devices and cloud.

“As open source becomes the new default, we aim to bring Ubuntu to all the corners of the enterprise and all the places developers want to innovate,” said Mark Shuttleworth. “From the biggest public clouds to the tiniest devices, from DGX servers to Windows WSL workstations, open source is the springboard for new ideas and Ubuntu makes that springboard safe, secure and consistent.”

With Gnome 40 desktop users gain dynamic workspaces and touchpad gestures. The new Firefox snap, published by Mozilla, improves security and guarantees access to both the latest and the extended support release versions of the browser. The exact same versions of the browser are available on multiple different versions of Ubuntu, simplifying enterprise developer platform management. Over the last year, the number of snaps published in the store has grown by 25%, and the snap store now serves over 10 million systems daily.

Windows developers will be delighted with out-of-the-box support for graphical applications on Windows Subsystem for Linux (WSL), which enables users to enjoy Ubuntu desktop applications without modification. 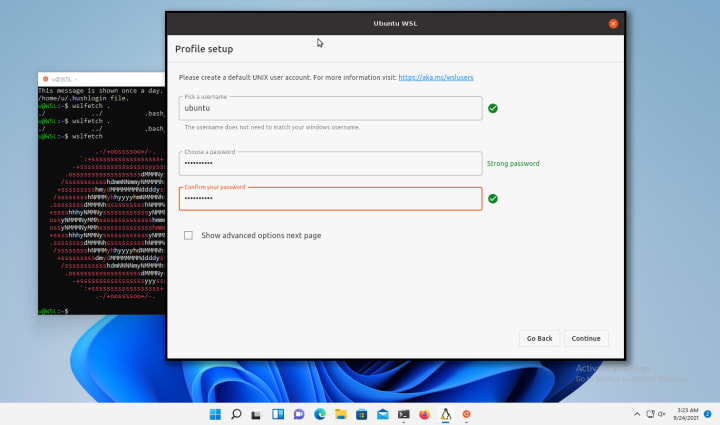 Modern development practices increasingly depend on containerised images but assuring image provenance of open source software can be challenging. Application developers demand consistent, trustworthy container images from a reliable source. The Ubuntu 21.10 OCI image is available on Docker Hub and Amazon ECR Public Registry. Alongside the Ubuntu base image, Canonical maintains a curated set of application images. LTS Docker Images provide enterprise-friendly commitments for compliance and security updates, backed by Canonical for the full lifetime of Ubuntu, at least 10 years.

The latest LTS Docker Images from Canonical include Grafana, Prometheus, and NGINX. Apache Cassandra v4 is a new addition, with real-time scraping, alerts, and improved Prometheus integration. Squid, a caching proxy, and Bind9, a full-featured DNS system, are also joining the portfolio of LTS Docker Images.

MicroK8s for IBM Z support is available for beta testing now. With MicroK8s support for IBM Z, users benefit from cloud-native devops and the stability and security of the mainframe.

As part of our work with NVIDIA, Ubuntu 18.04 LTS and Ubuntu 20.04 LTS gain vGPU support on Ubuntu KVM. Users can share physical GPU devices between guest VMs as virtual GPUs, benefiting from improved performance and efficiency.

With kernel 5.13, Ubuntu 21.10 adds support for Kernel Electric Fence (KFENCE), a new run-time memory error detector designed for production environments. KFENCE keeps the overhead low whilst detecting the most common memory errors. Enabled by default, Ubuntu 21.10 will randomise the memory location of the kernel stack at each system-call entry on both the amd64 and arm64 architectures with a minimum impact on performance.

Ubuntu 21.10 Impish Indri is the final interim release before the next Ubuntu Long Term  Support (LTS) due to be released in April 2022. Developers can use Ubuntu 21.10 to future-proof their work for the next LTS, which will be supported at least until 2032.