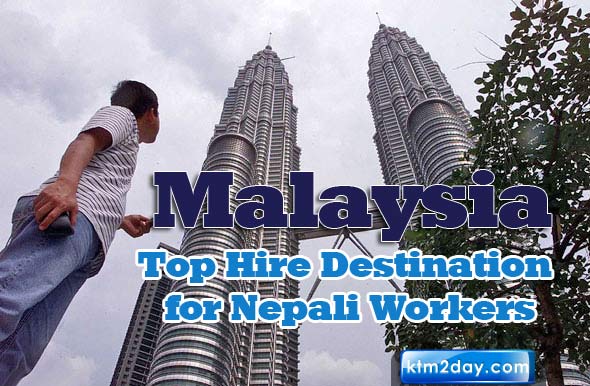 The number of workers going abroad for employment in the seventh month of the current fiscal year has increased as compared to the same month in the last fiscal year.

According to Department of Foreign Employment (DoFE), till the seventh month — mid-July to mid-February — the country witnessed an outflow of 312,802 Nepali migrant workers. Due to low confidence of private sector, employment creation back home has almost stalled, forcing people to migrate in search of jobs.

About 312,802 Nepalis joined foreign jobs in the last seven months, according to the Department of Foreign Employment that has further classified some 220,946 as new foreign job aspirants and 91,856 as reentrants in search of greener pastures abroad.

“Among the 220,946 new migrant workers, some 207,891 are males and 13,055 are females.” Similarly, 16,740 migrant workers, who were once illegal came into the formal migration channel in the last seven months, the department that had started the legalisation process from last September to provide safe migration benefit to workers, added.

However, migration on a personal basis has come down in the period as institutional migration is more safe. “Personal migration has come down by 92 per cent to 9,039 in the seventh month of the current fiscal year from 125,477 in the same period of last fiscal year due to the government’s strict criterion for safe migration,” claimed the department that has started tightening the personal migration due to the rise in complaints by migrants themselves. “The migrants outflow through institutions has recorded 211,907 by the seventh month.”

Likewise, Malaysia has again become the top hiring destination as it has provided jobs to some 88,980 migrant workers, followed by Saudi Arabia with 48,006 and Qatar (40,785).

The remittance sent by the migrant workers has become the lifeline for the economy as the government has not been able to create investment-friendly environment in the country lately.

The private sector that could generate employment has been discouraged by rising insecurity and chronic power shortage that have pushed their cost of operation high.

due to incumbent government’s sister organisations that have created industrial disturbances repeatedly.