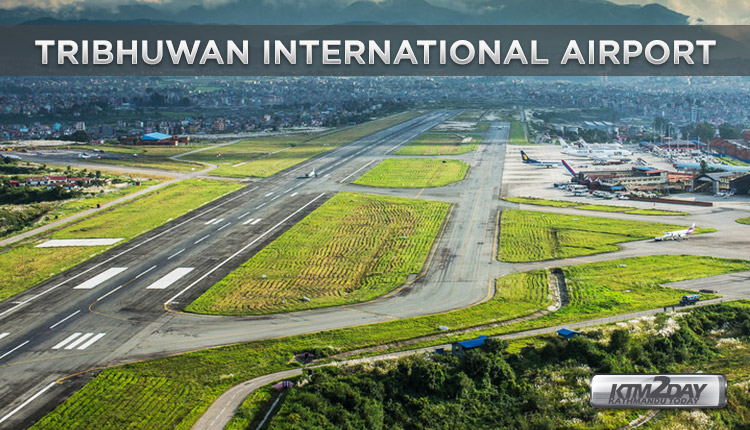 Tribhuvan International Airport (TIA) has decided to reassign the contract to lengthen the runway to a Nepali joint venture after the original contractor disappeared without starting work more than a year ago.

The Air Transport Capacity Enhancement Project said it would sign a contract worth nearly Rs1 billion with Kalika-Tundi since the previous constructor, Shanxi Construction Engineering Group of China, fled abandoning its performance bond.

Last October, the Air Transport Capacity Enhancement Project funded by the Asian Development Bank (ADB) signed a contract with Shanxi Construction to extend the runway by 300 metres at its southern end, or runway 02. The project terminated the contract with the Chinese company in August and confiscated its Rs70 million performance bond for non-performance.

“On Wednesday, we issued a notice of intent to approve the bid of the second candidate among the shortlisted bidders as per the Public Procurement Act,” said Babu Ram Poudel, chief of the project. “We will sign the contract with Kalika-Tundi within two weeks if there are no complaints from other parties,” he said.

The project aims to increase the safety area of the runway by 300 metres at the southern end so that if an aircraft making its takeoff roll from the northern end aborts takeoff, it will have room to stop on the runway. There is no overrun area at the northern end of the runway. If a plane taking off from this end runs out of runway, it could plunge into a ravine 50-60 metres deep. For this reason, it was decided to lengthen the runway at the southern end.

The project has been delayed by a year. This is the second time that the runway extension plan has been left in limbo. Previously, a Spanish company Constructora Sanjose was hired to implement the project, but it had to be sent off for non-performance in December 2016.

The duration of the runway extension project is 18 months. Sanjose and the project signed a contract for the TIA Modernisation Project, now known as the Air Transport Capacity Enhancement Project, in December 2012 with the completion deadline set for March 2016.

The project subsequently sent the Spanish company away by issuing a ‘notice of termination’ on December 9, 2016 for delays. The termination of the contract became effective on December 27, 2016. In four years, the project recorded a meagre 17 percent physical progress.

In June 2017, the project again invited bids to get the stalled project moving. It also broke up the project undertaken by the Spanish company into four different packages.

On the domestic front, passenger traffic grew 16.49 percent to 1.98 million during the period January-September this year. Flight movements increased 3 percent to 66,453 flights.